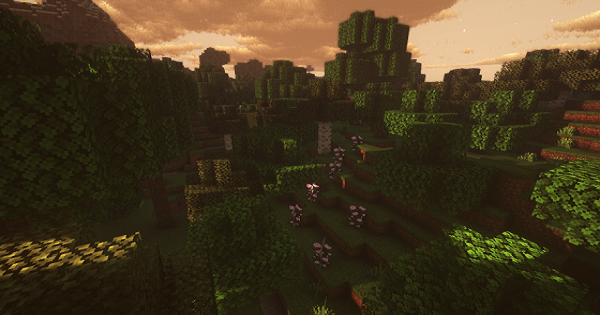 Check out this guide about the shader pack Sunflawer Shaders in Minecraft 2021! Know its details, how to download and install, settings, and Sunflower shaders 1.17 version compatibility!!!

Sunflawer Shaders is a modified version of the popular BSL Shader Pack that adds and improves the visuals of Minecraft. It brings with it customized visual features such as clouds, reflections, and shadows, while also including optimization tweaks. It is pretty light and can be run with low-end PCs.

This shader pack brings a commendable performance to visual graphics ratio. Players with light hardware systems can run it even with integrated GPUs. This makes this shader pack highly compatible with most systems!

Differences Inside the Game

Lightshaft is now more realistic! Make sure to use TAA while having lightshaft on.

How To Install Sunflower Shaders

Windom Shaders is a shader pack that adds and improves the visuals of Minecraft. It has this film grain-like effect but is still enjoyable as it focuses on smooth performance.