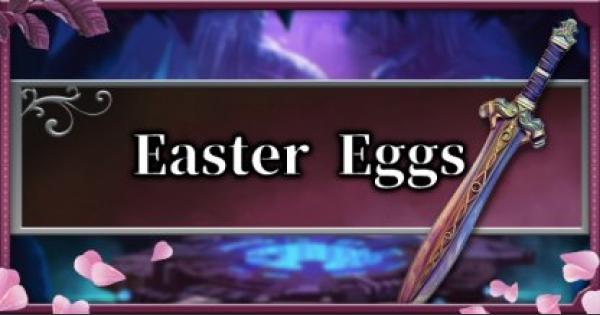 Check this Bloodstained: Ritual of the Night guide and list for all secret easter eggs in the game, including Orlok Dracule's trivia, notable 3rd party game references, & more!

Hold Up To Strike A Jojo Pose

Popularized by the Jojo's Bizarre Adventure manga and anime series, the Jojo pose is a signature over dramatic pose performed by the various characters of the said series. By holding up on the D-pad, or up arrow key, Miriam will perform a Jojo pose. Hold it further for another pose.

Stone Mask Is An Accessory

The iconic Stone Mask from Jojo's Bizarre adventure makes an appearance in this game as an accessory Miriam can wear. Though it doesn't turn Miriam into a vampire, it does however give her a small boost on her stats.

In the Japanese version of the game, the Fangshi Scarf is dubbed as the Sendo Scarf. Sendo is another term used to refer to the mysterious power Hamon or Ripple technique used in the Jojo series.

OD Is A Reference to DIO

OD or Orlok Dracule isn't just a reference to Castlevania's Alucard, but to the Jojo series' iconic antagonist DIO Brando. When the letters OD are flipped, it can be read as DO..... DIO, the series antagonist.

Check Out How To Beat OD Here!

His signature attack Stand Still is the same as DIO's stand ability The World, which freezes time for a brief moment. He also summons icicle projectiles, similar to how DIO throws daggers.

Silver Knight May Be A Reference to Silver Chariot

The Silver Knight may be a reference to the character Polnaref's stand "Silver Chariot", appearing also as a silver armored knight.

At the Entrance area where the pool of blood is, an angel statue impales a werewolf, which may be a reference to Dio being impaled by the angel statue at the Joestar manor in season 1: Phantom Blood.

Orlok Dracule or OD is voiced by both the same English and Japanese voice actors, Robert Belgrade & Ryōtarō Okiayu.

Name Taken From The 1922 Movie 'Nosferatu'

Orlok Dracule's name comes from the "Count Orlok" character in the 1922 film "Nosferatu", based from Bram Stoker's Dracula. The name and slight setting change was implemented to avoid copyright infringement.

Nose Glasses Is A Nod To Castlevania's N Demon

The Nose Glasses accessory that OD drops when you invert him or high jump up to him, is a nod to the Nose Demon (or N Demon) which appears in the Japanese version of Symphony of the Night. It's a Devil Familiar that wears the funny Nose Glasses.

Kunekune Is Based on a Japanese Creepypasta

A secret jumpscare sequence can be triggered on the train in Bridge of Evil. The secret enemy, Kunekune is based from a Japanese urban legend, similar to Slenderman, that initially made rounds on various forum sites. It is said to appear in the middle of a summer day in large areas where it is difficult to see. It will attack those that try to get a better look, similar to how you encounter it in the game.

Check Out How To Fight Kune-Kune here!

The Shovel Armor enemy is based on the hero of another successful indie 2D side-scrolling game titled Shovel Knight created by Yacht Club games. The design used in Bloodstained: Ritual of the Night is a fanart drawn up by the game's character designer Yuji Natsume and uses similar movesets.

Check Out How To Get Shovel Armor Here!

You can fight the game's producer Koji "IGA" Igarashi, in undoubtedly the hardest boss fight in the game! He is part of the IGA's Back Pack DLC, and can be fought by progressing Lindsay's quest.

Check Out How To Fight IGA DLC Boss Here!

In Bloodstained, IGA appears as himself in a Dracula-like skin, and uses similar movesets. The shard you acquire from defeating IGA will have you throw a wine glass, which is a spoof of Dracula's iconic action in Castlevania.

Secret in the Good Ending Cutscene

During Good Ending cutscene dialog, you will see a strange shadow walk up to Miriam just outside the screen. You will be able to catch a glimpse of the owner of this shadow by setting the screen size to ultra wide before fighting the Final Boss.

Another major reference to its predecessor Castlevania is the list of names Lindsay has to avenge. Simon and Richter are some familiar names fans of the series may easily recognize.

Nod To Its Prequel Curse of the Moon

The 8-Bit Nightmare area of the game is a nod to both its Castlevania roots, and its prequel Bloodstained: Curse of the Moon. The entire area, and its enemies are designed in the classic 8-Bit aesthetic reminiscent of classic Castlevania series as well.

Carriage in Garden of the Silence

Coachman Is A Reference To Castlevania 2's Boatman

In Castlevania 2 Simon's Quest, the boatman NPC takes you across a river and states "Sure, I'll take you to a good place. Heh!!" The Coachman has a similar line, while taking you across the

Weapon's Description Is In Hexadecimal Code

What may seem to be random numbers and letters in the Encrypted Orchid's description; while looking like an gibberish, are actually hexadecimal codes which can be decoded to make full sense of the hidden description.

Encrypted Orchid's description can be decoded to ASCII code to decipher it to "o cknpw grdlz zwkj pupseul xrkvt". Using the Vigenère cipher method and "orchid" as the pass code, you can translate this phrase to "a light saber with immense power".

Sitting on the Piano Will Make Miriam Play It

Miriam will start playing the grand piano in the Garden of Silence area when she sits on the chair. She will play piano version of the the main theme of Bloodstained.

Carabosse Will Sing Along When Playing

Carabosse will start singing along with you as you perform when she sits on top of the piano. Finish the performance to get the "Recital" trophy.

Cheat Codes Were Named After YouTubers

During the Kickstarter campaign, select YouTubers were asked to promote the game, with each getting a cosmetic item named after them. Thus, cheat codes that unlock these items are named after them, giving Miriam a wacky appearance.

Check Out All Cheat Codes Here!

Someone didn't actually read the guide.

Uhhhh OD is a reference to Count Orlok, from the Nosferatu movie.