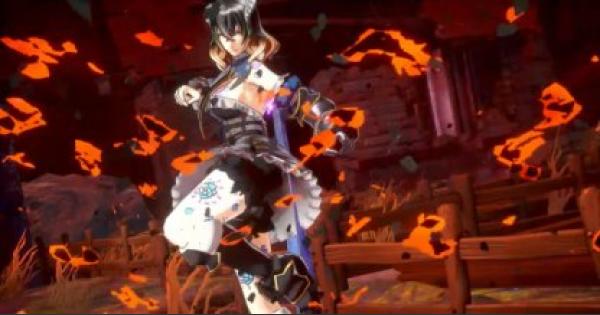 Check out this Bloodstained: Ritual of the Night guide of new playable & NPC / DLC characters. Including Miriam, bosses, plus their English & Japanese voice actors / cast.

Miriam is the main protagonist of Bloodstained: Ritual of the Night. One of the few Shardbinders left, she draws her powers from a curse of magi-crystals planted into her skin. Her objective in the game is to fight off a fellow Shardbinder and potentially save humanity from the onslaught of demons.

Miriam's English voice actress is Erica Lindbeck. She is most known for voicing the characters of Taliyah & Zoe from League of Legends. She also voice Futaba Sakura from Persona 5, Anemone in Nier: Automata, and more!

The Japanese voice actress of Miriam is Ami Koshimizu. She has more anime roles such as Mikumo from Macross Delta, Sailor Moon Crystal's Sailor Jupiter, and Kill la Kill's Ryuko.

Zangetsu is a demon hunter samurai in Bloodstained: Ritual of the Night. Coming from the East, he has arrived at the Castle hell-bent on revenge. Losing loved ones under the demons' rage, he wants to end both demons & the Alchemists that brought them into the world.

Zangetsu's English voice actor is David Hayter, who is most known for his role as Solid Snake from the Metal Gear series.

Zangetsu Will Be Playable In DLC

Being able to play as Zangetsu will be part of an upcoming DLC that will release as a free update to the game!

Check Out How To Unlock & Play As Zangetsu Here!

The main antagonist in Bloodstained: Ritual of the Night, Gebel is an old friend of Miriam's. He is the first Shardbinder who survived the experiments with the magi-crystal curse. Not fully human anymore, he summoned the Castle to bring demons into the world to fulfill his evil plans.

The last Alchemist in the world, Johannes is an old friend of Gebel and the only Alchemist that went against his Guild's mission of summoning demons into the world. In the game, he is Miriam's sidekick who owns a crafting workshop where she can cook, craft, and more.

Ben Diskin, the English voice actor of Johannes, is also the voice behind Joseph Joestar from JoJo's Bizarre Adventure. He also voiced Naruto's Sai and Char Aznable from Mobile Suit Gundam: The Origin.

Like Ben Diskin, Johanne's Japanese voice actor Kazuyuki Okitsu is also the voice of Joseph Joestar from JoJo's Bizarre Adventure. His other roles are Ido from ID-0 and Saito from Your Lie In April.

Dominique is an exorcist that was sent by the church to get rid of demons. She is the game's shopkeeper and supports Miriam by supplying her with various goods to help her in her journey.

Anne is the orphan girl that Dominique & Miriam rescued. She is a little girl who looks after Dominique's shop when she is away.

Anne's Japanese voice actress is Akari Kito. She is known for her roles as Siluca Meletes of Record of Grancrest War, Calen in Time Bokan 24, and Kaho Hinata in Blend S.

The extremely gifted Alchemist Alfred was one of those responsible for summoning demons years ago. A father figure to Johannes and Miriam, he is lost inside Gebel's castle in search of a missing book relic in his possession.

Taiten Kusunoki, the Japanese voice actor of Alfred, has played Darth Vader in Rogue One and Dominic Toretto in Fast and Furious, in the Japanese dubs. He is also Black King in Drifters, Bach in ClassicaLoid, and Rock Bison in Tiger & Bunny.

Orlok Dracule, or O.D. in short, is the custodian of the Livre Ex Machina library, granting you access to magical tomes. He is the spiritual successor to Castlevania's Alucard, being voiced by Alucard's same English voice actor for Castlevania: Symphony of the Night.

The English voice actor of OD, Robert Belgrade, plays Alucard in Castlevania: Symphony of the Night. He is also Signas in Mega Man X7 and Pedro Warren from Shenmue.

OD's Japanese voice actor is Ryōtarō Okiayu. He was also the voice behind Meisaku Nueno in Hell Teacher Nube, Hisashi Mitsui in Slam Dunk, and Kunimitsu Tezuka in The Prince of Tennis.