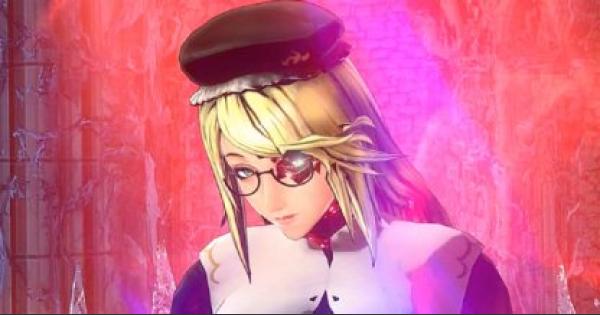 Check out this Bloodstained: Ritual of the Night (RotN) boss fight guide on how to beat Dominique. Learn about Dominique's moves, bosses attacks, location, and more!

How To Find Dominique In Bloodstained

1. Beat Gremory To Get Dimension Shift

To reach Dominique's area, you will first need to acquire the Dimension Shift directional shard from Gremory. This will allow you to navigate the area in Glacial Tomb blocked by ice walls.

Check Out How To Beat Gremory Here!

On your way to Dominique, you'll come across rooms with ice walls with spaces in between. Use Dimension Shift to navigate through this area.

Once at the area with the save point, save your game, and enter the boss room to fight Dominique.

Dominique has one of the most erratic movements in Bloodstained. This boss fight really relies on your skill and how fast you can react to avoid her unpredictable attacks.

Does Moves From Previous Bosses

Dominique Can Be Baited To Do Certain Moves

At times, Dominique will charge in to grab you for instant damage, and knocking you back. Once she grabs you, you can't dodge away so be sure to keep your distance from her.

Jump Over & Behind When She Summons Ghosts

When Dominique summons a bunch of ghosts, you can jump over them and move behind her to hit her from the back. You can also block them using the Directed Shield.

Dominique will use a whip imbued with the light element. She whips her weapon in front of her so dodge away or keep your distance to keep safe.

Summons Light Streams That Home On You

Dominique will also summon several light streams that will home on your location, one after the other. Keep mobile and dodge back so the streams won't hit you.

Powers Up When Eyes Glow

When her eyes light up, she'll enter her next phase, giving her new movesets and attacks to watch out for.

When Dominique powers up, she'll summon a large light beam that'll shoot straight forward. Crouch to avoid getting hit by this large beam, or use the Directed Shield directional shard to block this attack!

Dominique will summon a dragon when she opens up a portal. Avoid getting damaged by jumping above the dragon when it swipes and sends flames forward through the ground.

Shoots Fireballs That Linger Where They Land

Dominique will also shoot out a fan of fireballs. These fireballs will explode when they hit you and if they don't, will stay for a period of time. Hitting them when they're stationary will damage you.

Like Alfred's move, Dominique can also summon a row of ice blocks that will fall from the ceiling. Keep still in the gaps, or use the Directed Shield to avoid taking damage.

Yields No Rewards & Moves To Next Boss

Defeating Dominique will not drop or reward you with any rewards. Instead, you will immediately transition to the next boss fight with Bael.

Check Out Vs. Bael Walkthrough Here!

Dominique is initially a friendly NPC in Arvantville at the start of the game, selling you items, and giving you hints on how to proceed forward. However, progressing through the story will reveal her deception and schemes.