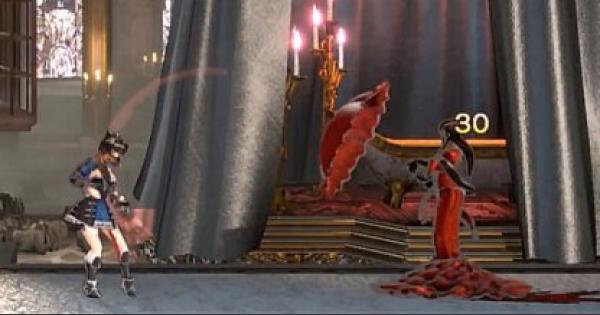 Check out this Bloodstained: Ritual of the Night (RotN) boss fight guide on how to beat Bloodless. Learn about Bloodless's moves, bosses attacks, location, and more!

How To Find Bloodless In Bloodstained

Bloodless Is In Dian Cecht Cathedral

Bloodless is the 2nd boss you can fight in the Cathedral area. You need to defeat her to progress the story.

Check Out How To Reach Bloodless!

To reach Bloodless, you'll need the Reflector Ray skill Shard. You can get this Shard by defeating Bathin in the Underground Sorcery Lab.

Check Out How To Defeat Bathin!

Bloodless Leaps In For Close-Ranged Attacks

When you're too far from her, Bloodless jumps in close to attack you with her umbrella. When this happens, simply dodge away or jump over her.

Use Ranged Weapons Against Bloodless

To avoid getting hit by her close-range umbrella attacks, use ranged weapons such as the Flying Edge or guns. These will help you damage her even if she's a short distance away.

Jump Once To Dodge Scarlet Thrust

When Bloodless raises her hands, she'll summon a sharp stream of blood to bounce towards you. Jump once to avoid the initial attack then hit her several times before her next attack.

You'll know Bloodless will do the Scarlet Thrust attack when she raises her hand above and behind her. She'll also say "Scarlet Thrust" before implementing this move.

Jump Over Her To Avoid Scarlet Cyclone

Bloodless does an attack that thrusts a blood cyclone towards you direction. You can simply avoid getting hit by this by jumping over and behind her. You can then hit her from behind while she's stuck in attack animation.

Steps Back & Points Closed Umbrella Before This Attack

When Bloodless suddenly points her closed umbrella towards you and takes a step back, she'll say "Scarlet Cyclone" and summon the tornado of blood towards you.

Jump When Umbrella Inverts & Heads Towards You

Bloodless will throw two umbrellas into the ceiling and they'll float there for a while. Watch them carefully and wait for them to invert then jump to avoid them when they try to hit you.

When Bloodless's clothes are almost gone, she'll regenerate her outfit and heal up at the same time. This means that she's in her 2nd phase and will do more dangerous attacks.

Free To Damage When Healing Up

When Bloodless is healing, she'll stay stationary and will be vulnerable for damage. This is the best time to hit her with your strongest attacks to compensate for the health she is regenerating.

Get Behind Her To Dodge Heavy Blood Move

When Bloodless says "Die", she'll do a bloodier version of her Scarlet Thrust move. Jump over and behind her to dodge this attack.

Bloodless will say "Blood Rain" and cause blood to rain down from the ceiling. When this happens, run towards one of her floating umbrellas and stay under them, you'll be protected from damage.

When Bloodless jumps into the middle of the room and suddenly laughs, she'll summon 2 blood pillars that move towards the sides of the room. Run towards the door platforms to keep yourself safe.

When you defeat Bloodless, she'll drop the Blood Steal Shard. This allows you to absorb blood from a set area in the stage and is important in progressing the story.

Check Out All Shards Here!