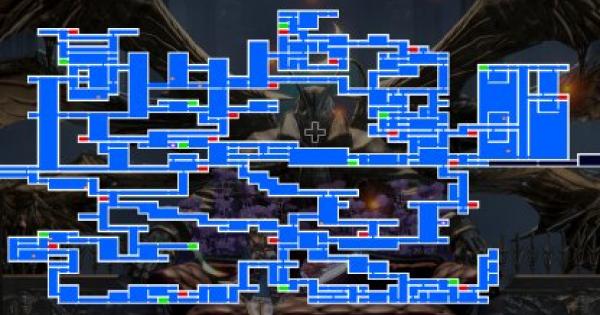 Check out this Bloodstained: Ritual of the Night guide to learn more about the world map! Find out more information regarding the different areas & locations in the game!

Bloodstained: Ritual of the night features a large map that pushes players to explore all of the areas to progress to the later stages of the game. The image above shows the full map for Bloodstained Ritual of the Night.

Map Is Divided Into Several Areas

The map is divided into several areas each with their own unique theme, set of enemies, and puzzles for you to discover!

The Galleon Minerva is the starting area of the game. This ship serves as the basic movement & combat tutorial for the game, pitting you against low level enemies such as Seamas and Mortes.

Arvantville serves as the main hub for your character. It is filled with NPCs that sell you items, help you craft equipment and food, grow your seeds, and even give you side quests!

The entrance to Gebel's castle offers more variety to the enemies that you face. This area is full of stone and marble corridors and features armored enemies, portraits, and more!

The Garden of Silence is an outside area of Gebel's castle where more organic types of enemies are introduced. This green environment introduces enemies such as the Plume Parma and the Moco Weed!

The Cathedral is where you will face one of the many bosses in the game. It features several stained glass decorations and gives off a quite eerie feel.

The Bridge of Evil are two train stations connected to each other. This area will initially block you from progressing until you get a key item from OD and Dominique.

The Towers of Twin Dragons' central area rotates as you move around the map. It also allows you to jump and ride on the gears that spin along the tower's body, making it one of the more unique areas of the game.

Livre Ex Machina is a steampunk-like themed library. Here, you will be battling against demons that have possessed inanimate objects such as books or portraits. This is also where you will meet another NPC: OD!

This lab was used to practice sorcery and conjure demons. In here, you will face more types of enemies, and even some variations to older enemies that you've encountered!

The Forbidden Underground Waterway is dark and cavernous themed area where you face several types of enemies. This area also includes a water level where several aquatic enemies await you!

The Hidden Desert is an underground area where you will encounter quicksand. Make sure to keep moving or else you will get sucked down into the sands!

This small area rotates as you move around it. It may be dizzying, but you better get used to it! This will be one of the areas where you face a boss in the game!

The Inferno Cave is a dangerous area full of dragons and magma. Bring some items that negate the burning status effect, to keep safe from these harsh conditions!

This area is an eastern-themed area with Japanese-style rooms and a nice night background, complete with candlelight!

The Hall of Termination is a small throne room which serves as the backdrop for one of the game's boss fights. It also displays an eerily beautiful red night sky with a blood red moon!

Den of the Behemoths

The Den of Behemoths, true to its name, is an area where everything from the enemies to the chests are much larger than their normal sizes. Be careful as these larger enemies hit much harder!

This narrow area's background shows demons that have frozen over and pits you against enemies of the ice element. Make sure that you are fully-equipped before entering this area.

Come Back To Certain Areas Later In the Game

Some areas in the game may not be passable at first. However, once you acquire new skills from shards, you can come back to them. Your newly-acquired skills will allow you to unlock new locations on the map!

Keep An Eye Out For Breakable Walls

It never hurts to look twice, there may be areas in the game with walls that you can destroy. Hitting them will initially create a crack, but continuing to hit them will destroy the wall, and reveal a new area for you to explore!

Check Out All Breakable Walls Here!

Help can anyone find the missing room

youre missing the 8-bit room 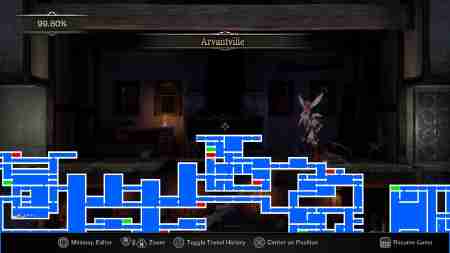