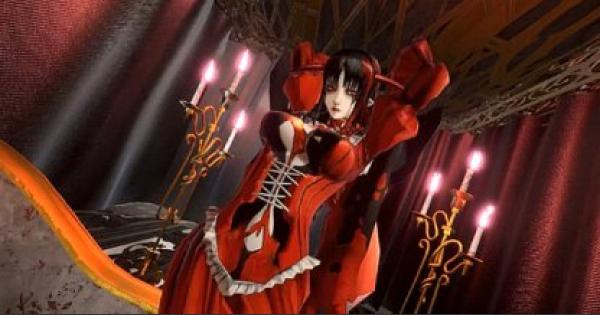 Bloodstained | Ritual of the Night
Hall of Termination ~ vs. Bloodless Walkthrough

Check out this Bloodstained: Ritual of the Night (RotN) guide & walkthrough for Hall of Termination until the Bloodless Fight. Includes gameplay tips and tricks, hints, and more!

3. Avoid Fight With Gebel At This Point

Towards the upper right of the save point is a set of stairs leading to Gebel. You're not supposed to fight him yet at this point, and going here will force you to fight him. Defeating him will just end up in a Game Over.

From the fast travel point, you'll have to navigate through numerous vertical rooms to reach the Bloodless boss.

5. Use The Reflector Ray Shard To Go Up

There are a couple of mirrors in this room you can use to traverse the room and reach the upper floors. Numbers on the map above refer to the procedure number.

7. Be Sure To Clear Chests In Each Tower

There are quite a lot of chests in this area, specifically in each bell tower. Make sure to collect them as you make you way to the save point.

Attack from a Distance

Weapons like the Flying Edge and the guns can help you fight the Bloodless from range.

Jump Over Her Blood Tornado Attack

She will position her open umbrella in front of her and shoot a continuous vortex of blood. When she does this pose, jump over her to avoid the attack and hit her from behind.

Throws A Stream of Blood

She will raise one of her arms, and then throw a stream of blood towards you. Double jump straight up to avoid.

She Leaps To Close In And Attack

She sometimes leaps in towards you to attack with her umbrella. Jump over her to avoid this attack.

When Umbrella Inverts, It Will Become A Projectile

Bloodless will throw her umbrella and float around for awhile. When it inverts, it will become a homing projectile. Jump over as it descends.

Attack Her When She Heals Up

She has the ability to heal up when she recites her Blood Steel spell. She will be vulnerable as she heals up, so try to do as much damage to compensate for the healing.

Hide Under Her Umbrella When She Does Blood Rain

She has the Blood Rain attach which casts a rain of blood from the ceiling. Hide under her umbrella to protect your from this attack.

Hide On The Door Platform To Avoid Blood Tornado

She will cast two blood tornadoes on each side of the room. You can hide on the door platform to right to avoid getting hit.