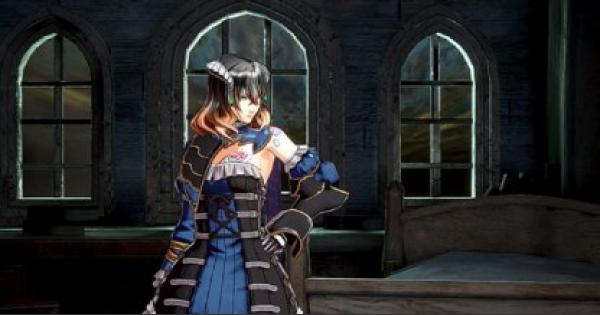 Check out this Bloodstained: Ritual of the Night (RotN) guide and walkthrough for the opening sequence, until the Vepar Boss Fight . This includes gameplay tips, hints, techniques, tricks & more!

Rotate and tilt your right analog stick to point Miriam's arms towards the upper part of the door. It should glow if successful.

6. Go Down By Pushing Left Stick Down + Jump

To go down to a lower level, look for a thin platform and push down left stick + X / A / Space

9. You Can Break Candles For Loot

Breaking candles will net you some loot, such as money or crafting materials. It also drops Mana Rose which restores a bit of MP.

10. Save Your Progress Often

When you die, it's game over. You can then continue from the last point from which you saved.

To use Directional Shard, simply tilt your right analog stick and press RT / R2 / Middle Mouse Button. Use this on the nearby cannon to unblock the path.

15. Get The Galleon Map To Reveal Entire Area

Make sure to pick up the Galleon Map in order to reveal the entire ship's area and reveal all treasure chest locations in the minimap.

12. Use The Ship Beams To Reach Upper Floor

Use the fallen ship beam to climb towards the upper left area at the deck. This area contains the chest with the Country Dress armor.

15. Push Block Towards The Right

Use the block as a stepping platform to reach the upper floor with the chest. The chest contains the Whip weapon.

Proceeding through this door will lead you immediately to the boss fight. For the meantime, open the chest in this room first and head down to get 500G and reach the save point.

Equip The Claymore For More Damage

The Claymore is recommended for this fight since it deals the most damage, and the enemy is mostly stationary.

It will open up its mouth and shoot Seama pods. Make sure to take them out early so you can focus on the boss.

The Vepar also shoots balls of water splashes that can deal significant damage. Make sure to evade using dodge or move away.

Lead The Balls Where You Want Them To Land

When you see this attack, you can lead them where you want to land, and then run towards the opposite direction to give you space to evade.

When Tentacle Lands, Jump To Evade

The tentacle can deal a lot of damage on Miriam and the timing can be tricky. The key is to wait for it to land first, and then jump as it sweeps.

Vepar Moves To Middle To Attack

Vepar will move towards the middle area and perform a sweeping water beam attack.

You Can Jump Through Beam

You will only take damage when hit at floor level. You can jump through the beam safely while attacking Vepar.

Can Tilt Ship Up & Down

The Vepar can also push the ship up and down. This allows you to reach her at certain parts however, some of her attacks can easily hit you if the ship is tilted up.

Use Your Directional Shard For More Damage

Your Directional Shard attack can deal much more damage than your weapons, so make use of them whenever you can.