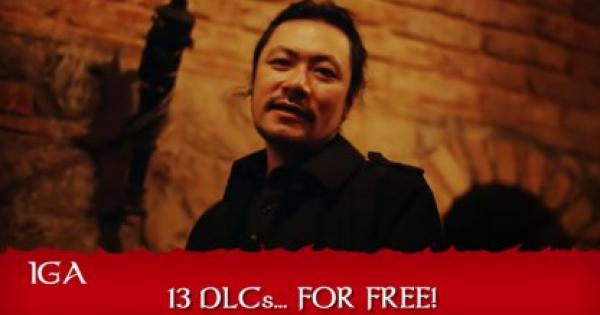 No DLC Release Details Yet

So far, 505 Games has not announced any dates for upcoming DLCs of Bloodstained: Ritual of the Night. Once more information has been posted, they'll be confirmed within the game.

After the game's launch, Bloodstained will have new playable characters as DLC. The 2nd one announced is the revenge-hungry Zangetsu, one of the most challenging foes you face as Miriam.

Check Out How To Unlock Zangetsu!

There are a total of 2 extra playable characters for Bloodstained. With one already being Zangetsu, there's another one that hasn't been announced yet.

Check Out Who Is The 3rd Playable Character!

At launch, the DLCs of different game modes such as New Game+, Nightmare difficulty, Speedrun Mode, and Boss Rush has been made available to all players.

Check Out How To Unlock New Game Plus!

Bloodstained will have coop and versus game modes in its upcoming DLCs. Fans will be able to play together with friends, whether working together or against each other.

According to the official website, Bloodstained will have 4 other game modes as DLCs. This includes Roguelike Mode, Chaos Mode, Classic Mode, and Boss Revenge Mode.

With the Pure Miriam Outfit already included during the game's launch, it's possible that future DLCs will include new cosmetics skins to change Miriam's appearance & looks.

Check Out How To Change Appearances!