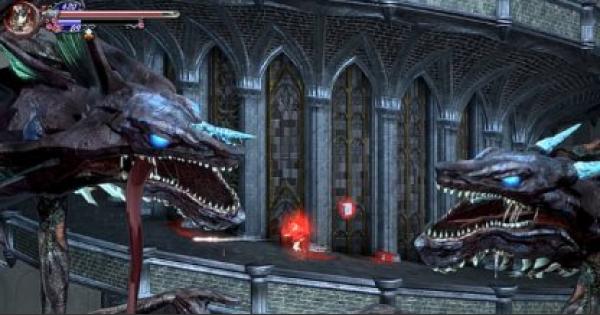 Check out this Bloodstained: Ritual of the Night (RotN) guide and walkthrough for after defeating Andrealphus, until the Valac Boss Fight . This includes gameplay tips, hints, techniques, tricks and more!

7. Use Double Jumps To Navigate Through Gears

Defeating the boss Adrealphus will give you the passive double jump skill. The Flying Edge is valuable as it allows you to deal damage from a distance.

12. Crouch After Getting On The Gear

When riding on the gear, make sure to crouch to avoid damage from the ceiling spikes. Get off when you get to the other side.

Once you ascend high enough, you'll arrive at an area with rotating gears. Towards the left is an MP Max Up.

17. Travel To An Area With A Save Point

Fast travel to any area with a nearby save point such as Livre Ex Machina or the Entrance and save your progress.

4. Be Careful When Dropping Down As Floor Has Spikes

The floor of this room is littered with spikes so be careful when dropping all the way down.

6: Use The Elevator To Visit Previous Rooms

Use the elevator to get to other rooms in the tower in case you missed chests or other items.

When one head moves forward, the other head moves back. Move accordingly when it moves.

This Movement Applies To His Breath Attack

He has a breath attack with both heads breathing fire on you. However, one head will be pulled back as the other moves forward. Jump and evade accordingly.

You can focus on attacking just one head since their HP is shared.

Use The Flying Edge To Deal Damage At Range

The Flying Edge weapon will be useful for this fight as it can deal damage at range and can hit multiple times.

Each head will take turn attacking you. Jumping accordingly will be the key to evading his attacks.

Watch Out For The Tongue Slam

They will both slam their tongues towards you, then each head will take turns slamming its tongue.

After the initial simultaneous slam, it will be followed by 4 alternating tongue slams.

Finishes With A Simultaneous Slam

After the 4th tongue slam, both heads will slam their tongues at the same time. Time your jumps to evade these attacks. You can attack using the Flying Edge as you jump.

Both eyes will flash red and slightly charge up and both heads will bite you. Crouch down to avoid this attack. This usually comes out after the tongue slam attack.

The upgrade Va Schia Shard can be extremely helpful against this fight with Valac. It summons stalactites that drop one after the other in a horizontal direction, allowing you to reach the constantly moving boss.

You can grab the Va Ischa Shard from the Forneus in the Forbidden Underground Waterway then upgrade it to Va Schia with Johannes.

I think you should mention that you could get Va Ischa conjure shard from a Forneus, and then use it and a Sapphire to make Va Schia. Va Schia is pretty good for this boss even unleveld.