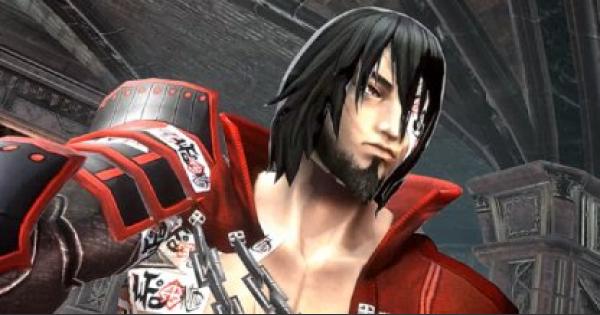 Check out this Bloodstained: Ritual of the Night (RotN) boss fight guide on how to beat Zangetsu. Learn about Zangetsu's moves, bosses attacks, location & inverted locations, and more!

How To Find Zangetsu In Bloodstained

1. Navigate Your Way Through The Castle

Zangetsu will be your 2nd major boss fight and will be one of the major bosses you'll encounter when you arrive at the castle.

Use the Invert Shard on the main entrance of the castle to get to the Oriental Sorcery Lab. Be sure to equip the Aegis Plate to avoid getting hit by the spikes waiting for you at the entrance's ceiling!

Get Behind Him When He Recovers

Most of his attacks recover slowly giving you a chance to attack. This will be your key to beating Zangetsu.

Use The Heretical Grinder For Multiple Hits

When he raises and charges his sword, this opens him up for an attack. Use the Heretical Grinder shard to deal multiple hits.

He Throws A Dagger To Counter Jumps

Be cautious when jumping since he throws daggers diagonally upwards to counter jumps.

Watch Out For His Grapple - Sword Combo

He will grapple up to the ceiling and slam down his sword. Dodge away the moment he grapples up.

Has A Slow Jump to Downward Slash Attack

He will jump up and slash his sword down. This move is quite slow so simply evade and dodge back to avoid damage.

Watch Out For His Jumping Upward Slash

When close enough, he will jump up to the air and slash his sword upwards. Avoid getting too close to Zangetsu and attacking his front to avoid this attack.

He Can Parry Your Attacks

He will perform a taunt and raise his sword. Do not attack him while he does this pose, instead jump over him and attack from behind.

He will imbue his sword with flames to deal more damage, signifying a change in his attack phase. This will also change his movesets, and modify his main attacks.

Throws Explosives In This Mode

He can also throw explosive daggers while in this mode so watch out.

In this mode, his jumping slam attack will cause a huge explosion. Make sure to create some distance to avoid the explosion.

He Can Teleport Behind You

His teleport move will position himself behind you. Instead of dodging back, move towards him and jump to avoid the quick slash attack that follows.

How To Find Zangetsu (2nd) In Bloodstained

Check Out Cave: vs. Orobas ~ vs. Zangetsu (2nd) Walkthrough Here!

The 2nd time you fight Zangetsu, he'll have similar moves but will have 4 phases, adding elements to each one.

Each Phase Has Longer Reach

As Zangetsu moves through each phase, he will hit harder and have longer reach.

Inflicts Elements When He Throws His Chain

If Zangetsu catches you with his chain, it'll hit you with an elemental attack.. It's best to dodge or jump away when he throws his chain towards you.

When Zangetsu jumps and slams towards the ground when his sword is imbued with lightning, it's best to dodge away. Streaks of lightning will shoot out from where his sword makes an impact.

When Zangetsu throws a kunai in your direction in this phase, he'll summon several lightning strikes. Move forward towards him or away to avoid getting hit.

During this phase, when he performs his jump slam attack, his sword will break the ground and spread ice horizontally towards where he faces. Jump over him and attack from behind for free hits.

When Zangetsu is in his ice phase, this signifies he is in his final phase and will soon be defeated.

Provides No Rewards On First Fight

Zangetsu will not drop or give any rewards on your first fight, and should only progress the story further.

On the 2nd fight, Zangegtsu will give you his katana, the Zangetsuto. You'll need this weapon to get the true ending of the game, as it allows you to slay the red moon during your fight with Gebel.

Zangetsu is a samurai demon hunter in Bloodstained: Ritual of the Night. Hailing from Nippon, he has arrived at the Castle hell-bent on revenge. Losing loved ones under the demons' rage, he vows to end both demons & the Alchemists that brought them into the world.