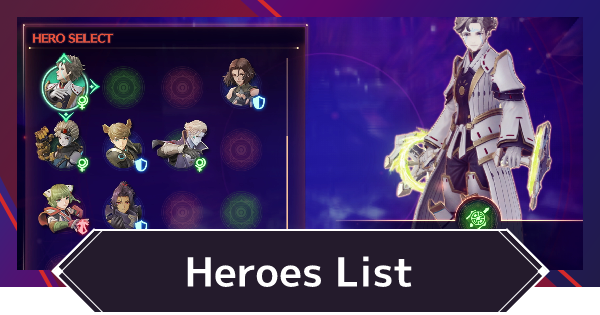 Hero Quest List & How To Unlock Heroes for Xenoblade Chronicles 3. Learn all the unlock conditions for each heroes compiled following the main story of the game.

* This article may contain spoilers depending on your progress of the game.

Chapter 3 Hero Quests In & How To Unlock

Chapter 4 Hero Quests & How To Unlock

Chapter 5 Hero Quests & How To Unlock

Chapter 6 Hero Quests & How To Unlock

Advantages Of Having Heroes In Your Team

You Can Change Class Of Main Characters

The main characters initially already have 6 heroes at the beginning of the game. Once a hero joins the party, you can change to the class of the recruited heroes. Heroes should be actively recruited as they offer a greater variety of skills and arts.

Chain Attacks Will Be More Powerful

Like the other characters, heroes have orders and heroic chains. Each hero has different effects, some heroes have powerful Heroic Chain, such as the one that restores all characters except the its own, this is why it is recommended to check the Orders and Heroic Chains of the heroes.

Increases The Max Party Size To 7

The number of players in a party is usually six, but a hero can be included in the formation as the 7th member. It can be done by opening the menu and selecting the "Hero".