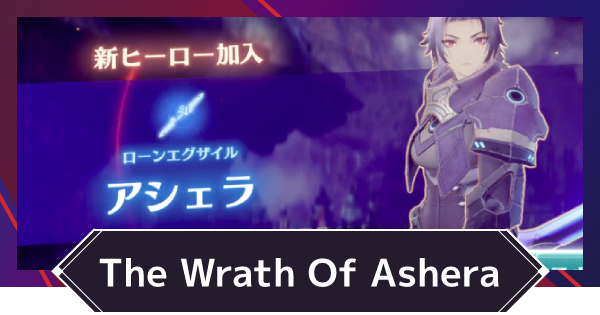 Immediately after moving from Pentelas Region to the Keves Castle region, head east of the map to Colony 11. As you head there, Hero Quest "The Wrath Of Ashera" will be automatically triggered. The quest is different from the route of Chapter 4, so it is recommended to go do this quest first.

Map Details Of The Location

At the bridge in front of the Colony, you will fight Keves's unit in order. There are three battles in total, and you need to defeat 10 enemies for each unit. After this, the boss battle will continue, so make sure to be prepared.

When you arrive at Colony 11, a battle with the boss begins. Do damage by utilizing Chain Attack. If you are having difficulty with the battle, it is recommended to level up your character or decrease the difficulty of your game.

If You Go To Ashera After The Battle, Ashera Will Join Your Team

If you win the battle and head to back Ashera, she will be officially one of the members of the party. Eunie is the first one who can use the class "Lone Exile" and will be able to change class. In addition, the information "Colony 11's Future" will be obtained, and by discussing it in a rest spot, you will be able to proceed with quest "Three Ravens At War".