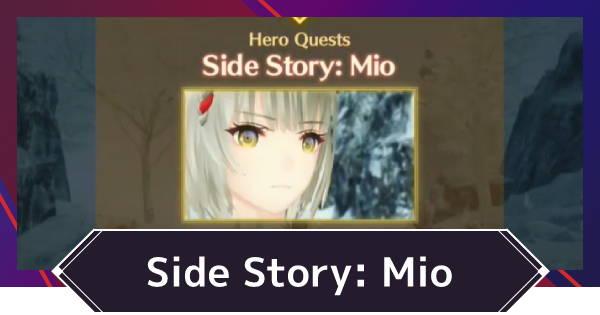 Side Story: Mio is an Ascension / Hero Quest in Xenoblade Chronicles 3. Guide includes walkthrough guide, rewards, how to get Side Story: Mio, locations, items, how to recruit Miyabi and more!

Side Story: Mio - How To Get & Rewards

You can easily get this Side Story by using the Navigation feature while progressing through the Main Story of Chapter 6. Keep playing the story to be able to get to this point!

Be Prepared For A Series Of Battles

After arriving in Colony Omega, you will enter into a series of battles against Colony Omega troops. In the battle against Cammuravi's troops and Moebius Y, you should use Chain Attacks and Interlink. Do not be stingy with the use of your Interlink.

Recruit Miyabi After The Quest

Miyabi will be recruited to your party after the quest's final cutscene plays. You can then change her class to "Troubadour", which you can get from Mio.

Miyabi How To Unlock & Ascension Conditions

The rank for Mio's original class "Zephyr" can then be increased up to 20. This applies not only to Mio, but for other Zephyr class characters as well.