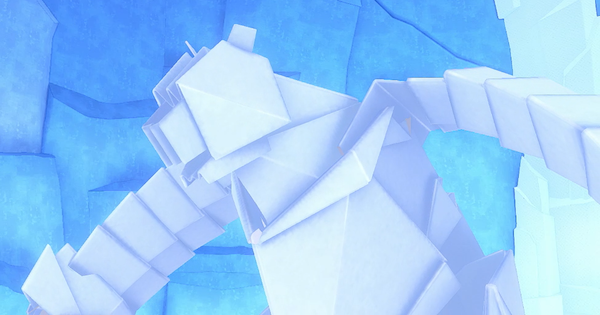 Check out this Paper Mario: The Origami King guide on how to beat the Ice Vellumental boss! Includes tips, best ring path, how to solve puzzle, ring examples, and more!!!

Find "ON" Panel In The Chest

The first thing you'll have to do is to melt its icy cold barrier. To do so, - you'll need it to activate the Fire Vellumental magic circle.

The deep-frozen Ice Vellumental is invulnerable to normal attacks. Melt the ice by using the Fire Vellumental's Power.

After you've melted the ice which surrounds the Ice Vellumental, use the 1000 Fold Arms to deal heavy damage.

You can break the frozen Vellumental magic circle icon by sliding the panel vertically and moving the frozen icon to the other side.