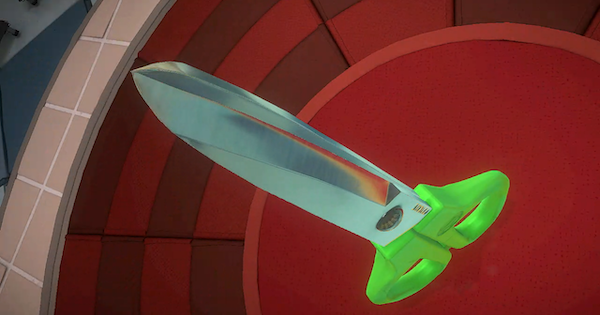 Check out this Paper Mario: The Origami King guide on how to beat Scissors boss! Includes tips, best ring path, how to solve puzzle, ring examples, and more!!!

Scissors is the stationary boss you encounter in Bowser's Castle. Its deadly blade is sharp enough to take you out in one hit.

You'll need to be careful not to break Scissors' blade cover (its sheath). Always aim for its green handle part when using your normal attacks. When the cover is finally broken, its sharp blade will be exposed and its attack will increase. Be particularly careful with your health at this point.

When you deal damage to the boss to a certain point, it will take off its cover and start using Final Cut, its ultimate blade attack. You can dodge Final Cut by jumping in a timely fashion!

Summon the Ice Vellumental to freeze Scissors. Not only does this deal damage and stuns it, but it'll give you the perfect timing to use 1000 Fold Arms to finish the boss.