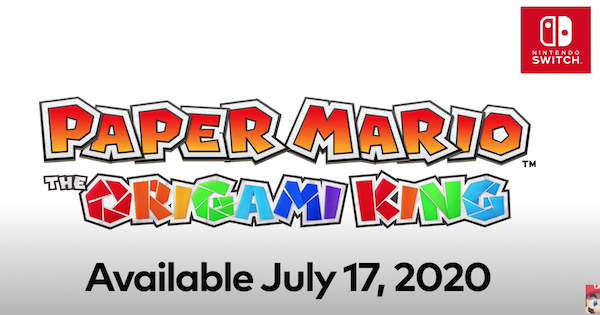 Paper Mario | Origami King
Review Embargo - When Does It Lift?

When does the review embargo for Paper Mario: The Origami King lift? Find out information about the embargo, and when it lifts!!!

As of July 13th, there has been no announcement of when the review embargo will lift. Given the fact that it will certainly happen before the game's July 17th release, we can expect it in the next few days.

Another hint is that several major online gaming websites have announced their reviews for Origami King will be coming out on July 15th. We consider this to be the most likely date for the release of reviews.

In the meantime, read up more on the game's mechanics from our detailed Beginner's Guide here to prepare yourself for the game's release!