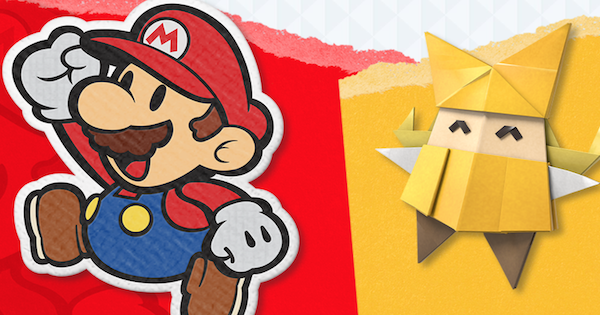 Check out this Paper Mario: The Origami King guide for a list of all characters. Includes old and new characters to the game, their backstory, & more!!!

The man himself who needs no introduction - Mario. Paper Mario, to be specific. He and his brother Luigi receive an invitation to Toad Town, only to find out something's gone terribly wrong.

A totally new character, Olivia is the sister of King Olly. Mario joins her on his quest to restore order to the land. She will be your primary partner on this quest, and will help you solve puzzles, while also provide witty, interesting dialogue to keep you entertained along the way.

King Olly is the villain of this entry in the Paper Mario franchise. He has dastardly aspirations to "fold" the entire world, and he starts his plot by turning Princess Peach into Origami and sending her castle off far away. It'll be up to Mario to take him out.

Poor Princess Peach has been folded up - turned into a brainwashed piece of Origami by King Olly. It'll no doubt be Mario and Co.'s job to rescue her and free her castle from the grasps of Olly.

Even the mighty Bowser has fallen prey to King Olly - and turned into Origami. This time, Bowser will join hands with Mario to take out the origami menace - but he might need a bit of rescuing first.

Luigi is back! He makes his way to Toad Town alongside Mario, but doesn't accompany you on your journey the entire time. Rest assured though, Luigi will pop up every once in a while in the story!

In addition to the above main story characters, Origami King will also feature a cast of secondary "partners", such as Bowser Jr. and Kamek. You'll meet these characters as part of the story, but they will also aid you in battle!