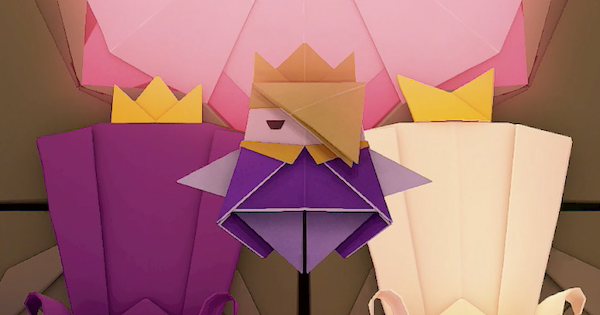 Check out this Paper Mario: The Origami King guide on how to beat King Olly, the final boss! Includes tips, best ring path, phase 2, ring examples, and more about the final boss!!!

The Final Boss Of The Game

Your final mission will be to defeat King Olly and stop him from turning the world into origami! Prepare for this tough battle by equipping the best weapons and accessories.

There Are 3 Battle Phases

There are 3 battle phases when fighting with King Olly. In the 1st battle, King Olly transforms into the 4 Vellumental bosses you've already beaten. The 2nd battle is a paper sumo battle in which you'll support giant Bowser as he fights against Olly. The last battle is against giant King Olly, and you'll have to match pictures to create a large magic circle.

Learn Weaknesses Of Each Vellumental

Normal attacks with hammers and boots are ineffective. For example, attacking Earth Vellumental's tail with a hammer, which used to be the weakness of Earth Vellumental, will result in it being blocked by King Olly. Use the 1000 Fold Arms after you've struck its weakness with Vellumental power.

Support Bowser From Behind

By using the 1000 Fold Arms and hitting the stage, you can support Bowser and push King Olly off. Note that you have to use the magic circle located right behind Bowser to do this.

You can dodge the flying Shurikens by jumping over them or using the hammer to destroy them.

The last battle is all about completing the magic circle puzzle. See the image below for the answer of the puzzle.

▲Image of the completed puzzle

Dodge King Olly's Attacks With The A Button

King Olly attacks every turn to prevent you from completing the puzzle. You can dodge his attacks by pressing the A button in a timely manner.