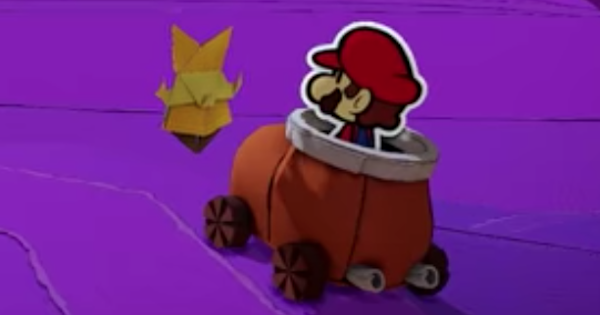 Paper Mario | Origami King
Vehicles List - How To Get (Unlock)

Check out this Paper Mario: The Origami King guide on how to get (unlock) alll vehicles (Boot Car, ship, airship). Find out their location, where to get, effects, and more,

Explore The Desert With Boot Car

In order to explore the vast desert in a speedy fashion, you'll need the Boot Car. By pressing the ZR button, you can accelerate and move faster with it.

How To Unlock Boot Car

According to the official page, it's mentioned that you can use the Boot Car once you get to Scorching Sandpaper Desert. We will update more info once the game releases!

You Can Run Over Enemies

You can defeat Pokeys in the desert by running over them while riding in the boot car.

Travel Across The Ocean With The Ship

Once you've reached The Great Sea area, you will be able to travel across the ocean with your partner Captain T. Ode by using a large ship.

It seems you can also use a submarine to dive underwater as well. Find treasures hidden under the sea!

Get on Bowser's airship and battle against paper airplanes. There will be a mid-air shooting mini game while you are using Bowser's airship. Shoot Bob-omb from the cannon and defeat enemies.

Check Out Other Mini Games From Here