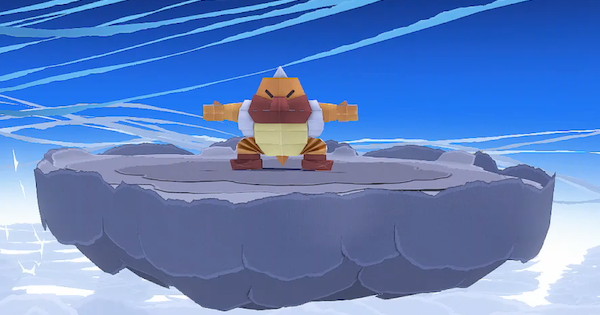 In order to reach Bowser's castle, you'll have to beat Sumo Bro and his little Sumo Bros. This boss can create lightning waves by stomping ground with its foot.

Get Panels Back From Little Sumo Bros

Little Sumo Bros steal important panels such as the "On" Panel and Vellumental Panels. Defeat the little ones with your hammer first to take the panels back.

By defeating first 4 little Sumo Bros, you can bring the main Sumo Bro down from the cloud. You can defeat little Sumo Bros easily by using the Earth Vellumental summon.

Sumo Bro uses a move called Thunder Guard which blocks Mario's route. Mario will be electrified and unable to attack when hit. Create a path which avoids thunder!

Sumo Bros Are Weak To Fire

The Sumo Bro is weak to fire attacks. Use the Fire Vellumental power or the Fire Flower to strike its weakness.