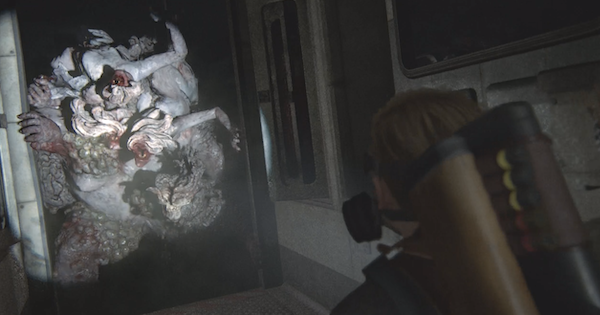 Read this guide on how to easily beat the Rat King in Last of Us 2 (TLOU2)! Know the hospital boss, Rat King's weakness, good weapons to defeat it, how to kill it, & useful tips!

Starts With A Chase Sequence

The introduction of the Rat King starts once you retrieve the medical supplies in the ambulance in the "Ground Zero" chapter. From there, Abby will run away from the creature, triggering a sequence of quick time events. Getting caught spells instant death, so look for doors or paths that you can use to escape it.

Ends With A Quick-Time Event

The fight ends with a quick-time event that shows Abby hacking at the Rat King with an axe. After this sequence, you'll have full control of Abby in the showdown against the boss.

After fleeing from sometime, you eventually get to confront the Rat King. Combat is pretty straight-forward but getting caught by the Rat King immediately kills you. Remember to always maintain distance and throw everything you have at it.

Can Crash Into Walls

Stay away from walls once you enter a room as the Rat King can just crash into the room using the walls. You can use this to your advantage by using the paths that it created as escape routes.

Arena Is Filled With Items

The battleground is filled with items and ammo that you can use to defeat the Rat King. Try to get them while running away from it.

After taking enough damage, a Stalker will split away from the Rat King's body. This new Stalker will try to ambush you while you're fighting the Rat King, so stay vigilant and try to pepper it with your reserves to keep it down. Note that you can choose to ignore it and concentrate your resources on the Rat King instead.

Check Out The Stalker Guide Here!

Aside from the annoying hit and runs, the Stalker will also throw damaging smoke bombs at you. Dodge them and run away as soon as the smoke hits.

After the fight against the Rat King, you will then be confronted by the Stalker in another room. Combat is direct and the fight is similar to that of a normal Stalker. Use your remaining ammo to defeat it once and for all.

Can Be Beaten With Melee

If you don't have any resources or ammo left and are confident about your dodging skills, you can punch or pummel the Stalker to submission.

Craft & Prepare For The Fight

Before going into the ambulance to get the medical supplies, be sure to craft items such as Health Kits and Pipe Bombs for the fight. Having Incendiary Rounds for the Double Barrel Shotgun also helps a lot.

Check Out The Crafting Guide Here!

Use Doors To Slow It Down

The Rat King will still use doors to enter halls. Use them as chokepoints and use the Flamethrower or Shotgun to damage the monster.

Use & Throw All Your Pipe Bombs

Pipe Bombs are highly effective against the Rat King. Throw all your stock onto it during the opening sequences of the fight.

Check Out Other Throwables Here!

The big Rat King can instantly kill you once it touches you, so it is recommended to keep distance. Dodging can help you if you're stuck but again, getting caught is an immediate game over, so best not put yourself in that situation.

The arena is filled with items and ammo that you can use to replenish your stock. Get to them while fighting the boss and use them against it.