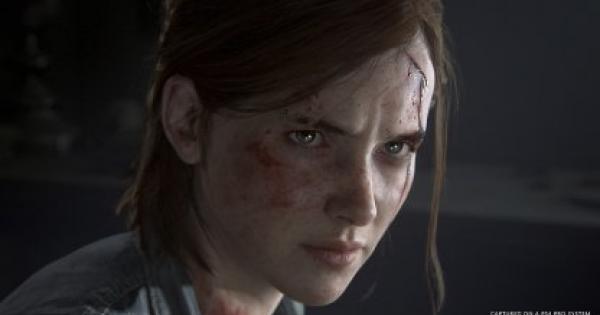 Last Of Us 2
All Characters & Factions - Voice Actors (Cast) & Lores

Learn all you need to know about all main characters, zombies, & factions found in Last Of Us 2! Including each VO actors & cast, lores, & more on The Last Of Us Part 2!

The main protagonist of The Last Of Us 2, Ellie is a 19 year old survivor continuing her role as the starring character from the original The Last Of Us. 5 years after the original title, she has become more mature, grizzled in after the incident and surviving the post-pandemic world. The Last Of Us 2 revolves around her struggle in the fallen Seattle, seeking closure to the events unfurled as one of the rare survivor with immunity against the virus.

Original protagonist from The Last Of Us, Joel is a hardened survivor and later acted as a parental guardian and for Ellie during the events of The Last Of Us. During their time together, Joel shared a strong bond with Ellie, but because of this his past actions comes to haunt him once again.

Dina is a member of Ellie's survivor group, and her current love interest. Ellie shows great amount of compassion towards her, and are working to create a life together.

A young survivor bent on taking revenge on Ellie and Joel for reasons yet unknown. Her motivation and actions are to be revealed. It looks like she is poised to take a central role in the game's story.

Tommy is Joel's brother and is a resident of Jackson County, one of the last remaining human holdouts after the breakout. He played a significant role in the first game and appears to be take on a supporting role in The Last of Us 2.

Based on the trailer, Jesse seems to be part of the Jackson County community, enjoying life with friends Ellie and Dina. He is also shown imparting "I really hope you make it" to Ellie, possibly alluding to having accompanied her in her travels.

These creatures are what remains of the victims of the Cordyceps fungus plaguing the land. Those infected by the fungus will slowly form a fungi growth within the brain and cavity, destroying their normal brain function and mutating those into mindless creatures assaulting any human they come across. These Infected goes through multiple level of mutation; dubbed by the survivors as Runner, Stalker, Clicker, and Bloater in order of severity of its mutation.

As the name suggests, the Survivors are the few remaining uninfected population, usually surviving in area outside of authority controlled quarantine zones. These survivor groups are usually operating in small teams, mostly unaffiliated from each other, and taking no remorse in doing whatever it takes for them to survive. Most of these groups are hostile in nature. Amongst them few large groups acting as factions exists, namely the Bandits, Hunters, Smugglers, and Cannibals.

Rallying under an iconic symbol, the Fireflies is a militia group formed in response to the military oppression within the contamination zone, in aim to someday restore peace and actual government authority. After the events occurring in the original The Last of Us resulting in loss of the leader of the faction, it is unknown what became of the group in The Last Of Us 2 yet.

Washington Liberation Front, otherwise known as WLF, was a militia group originally born to fight back the military occupation of Seattle. They have long since won their liberation from their oppressors, and are considered very powerful threats, equipped with confiscated military gears and guard dogs. They will confront trespassers with aggression, including you.

The Seraphites, or Scars are a group of religious zealots. They can be distinguished by the self applicated cuts across their face, and will act with aggression with territorial violation. Where they lack in equipments, these zealots uses their knowledge of environment as their cover and weapons.

Being the only surviving remnants of the authorities post-outbreak, the Military are a hostile faction, originally serving as United States Armed Forces in joint operation with Federal Disaster Response Agency (commonly referred to as FEDRA) taking martial law into action to take control of the panic following the pandemic. The Military still keeps its operation within local quarantine zones, using their military superiority to keep order within that zone by force.