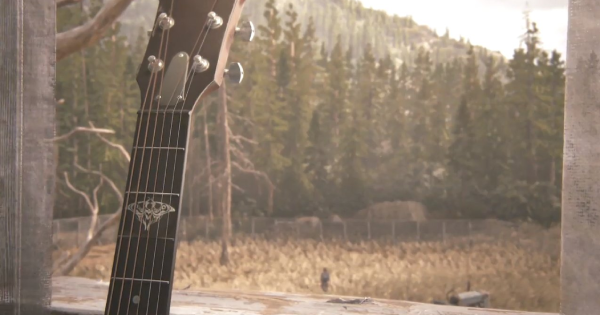 Spoilers ahead! Read on the explanation about the ending of Last of Us 2 (TLOU2). Includes what happened to the main characters and more on The Last Of Us Part 2.

Did Ellie Get Her Revenge?

The final chapter in Ellie's revenge starts 18 months later after her initial venture for revenge. Ellie and Dina, alongside her new born baby J.J. found their farm homestead sanctuary, and was beginning to move on. Their moment of peace was interrupted with the return of Tommy, Joel's brother who was still on pursuit after Abby. Although it seemed Ellie was ready to let go of her revenge, Ellie chooses to go after Abby once more, despite Dina's plea.

Ellie - Lives or Dies? What Happened in the Ending?

What Happened To Abby?

Abby was last seen in Santa Barbara, where she was apparently tracking a possible lead of Firefly remnants left by Owen. However, the Firefly that once visited the place was long gone upon Abby's arrival. She and her companion Lev was captured by the local group. Not aware of her target's capture, Ellie seeks to put a final end to her revenge in Santa Barbara.

Read More On The Resort Chapter

How Did The Ending Happen?

After questioning the subdued local group member, Ellie finds Abby and Lev on where the local groups called the pillars; a literal totems of captured victims on the sea shore where they were tortured and left to die. Upon months of torture, Abby and Lev was nothing like their former selves; starving, weakened and brutalized. Feeling empathy towards who she sought for so long, Ellie frees both Abby and Lev.

Confrontation By The Boat

As Abby and Lev were on their way to escape, Ellie confronts Abby one last time to bring closure to both of their vengeance. Abby and Ellie fights furiously and violently; as if each trading blow was a reminder of those whom they lost and loved. Eventually after a long struggle, Ellie loses her fingers but overpowers Abby, and proceeds to drown her.

The Cycle Of Violence Ends

As Ellie attempts to choke the life out of her nemesis, flashes of memory return to her. A more happier time, where she and Joel rekindled under the starry sky, and when Ellie told Joel, that she would never be able to forgive him... but will like to try. Breaking down in tears, Ellie loosens her grip on Abby. Abby collects herself and leaves ashore along with Lev.

All Is Lost For Ellie

Returning to her homestead, Ellie finds her farm empty; no sign of Dina and J.J. to be seen. Dina left Ellie's side after her giving into her vengeance shortly after her departure, taking her baby with her. She tries to play her guitar, a final present from Joel, but finds herself unable with her fingers lost in her final battle. With her finger and final link to Joel severed, Ellie leaves her guitar and roams out her dream homestead, alone into the wasteland.

Read More About The Epilogue

Will There Be Last Of Us 3?

High Possibility Sequel Will Be Made

Neil Druckmann, the director and writer for The Last Of Us 2 have hinted that there may be a possible spin off with the multiplayer section in mind in the future. This may expand the existing story of the Last Of Us 2, and build on top of it as a spinoff story.

In the ending, a lot of unanswered questions remain for what happens to several of the main characters of the game. Where did Abby and Lev escape, being exiled from their groups? Where did Dina & J.J. head off to? What happened to Tommy? And most of all where will Ellie, broken and empty, go from here?