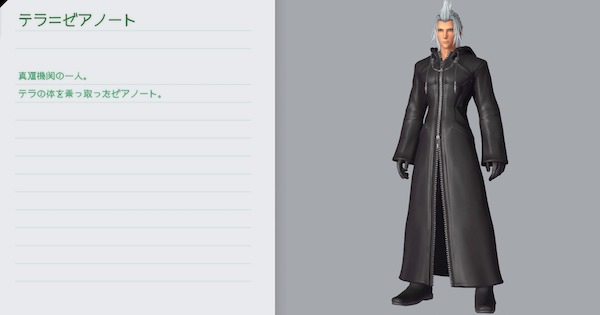 How to Beat Data Terra-Xehanort

Lock On To Keep Track

Make sure to lock on to Terra-Xehanort as he will be zipping around the stage. Some of his attacks will make him teleport to a blind spot in order to damage you. Remember to lock onto him to avoid getting hit with a cheap shot!

Since Xehanort will be moving around the stage and attacking from several directions, you should focus on making yourself a harder target! Move around the stage & guard often to avoid getting damaged! Once an opening presents itself, you can then counter attack and begin your assault!

Terra-Xehanort's attacks are unblockable when his keyblade is glowing red. When you see him reel up, focus on dodging until his aura dissipates.

You can parry and reflect his projectile attack. You may create an opening for a follow up attack upon deflecting his 3rd set of shots; close in & chip away at his health immediately after stunning him.

Terra-Xehanort can be attacked after his series of Keyblade combos, right after he does a ground smash that has a red shockwave. You can dodge away then roll back to deliver a powerful combo.

Terra-Xehanort will also summon the demon to do a very strong ground smash attack that can easily halve your life. Evade this move and you'll sometimes land a free combo on Terra-Xehanort.

Terra-Xehanort will also rush towards you from different directions. Time your guards right and you'll be able to counter him after his final charge attack.

Dodge Back and Forth When Stage Transforms

Focus on dodging when Xehanort transforms the stage. You will need to dodge between the light pillars along with his minion; dodging back and forth makes it easier to slide past his attacks.

During the stage transformation, the demon Terra summons will show up and throw waves at you. When it does its final attack, it'll rear up. Wait until it's almost at the edge of the screen then roll away to avoid taking damage.

Heal In Between Attack Patterns

When Terra-Xehanort finishes one of his attack patterns, there will be a brief pause before he starts his next attack. Use this small window to recover some of your lost health!

Terra-Xehanort will rush toward you with a flurry of attacks. After a few hits, he will teleport to another area, and begin rushing at you from there. Make sure to lock on the boss to keep track of their positioning! Block and wait for a small opening to counter attack!

After a brief pause, the boss will transform the stage into a black void. He will then disappear. Focus on dodging the lightning attacks and wait for the stage to revert back to its original form before continuing your assault!

Powers Up In Low Health

You may sometimes notice that the ground beneath you will turn black. Once it flashes, dodge away to avoid the attack!