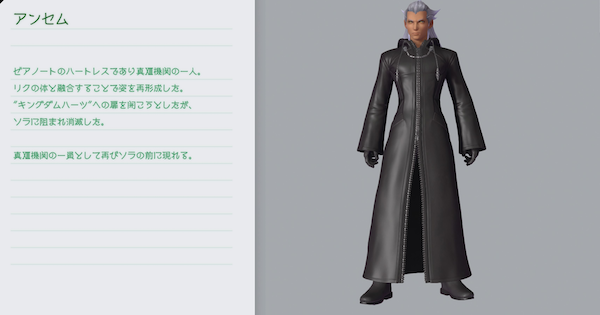 How To Beat Ansem

Ansem specializes in hitting you with homing projectiles while keeping himself safe from counter attacks. Time your dodges correctly and be mindful of your direction to successfully survive Ansem's onslaught!

Combination Of Guard & Dodge Is Essential

Movement, timing, and guarding are all essentials when trying to survive against Ansem. Study his moves, his pauses, and launch a counter attack when the coast is clear.

The black flame that spurts out of his spheres will deal DoT damage when hit. Be sure to block or evade with gliding to avoid unnecessary damage.

Shatter the Black Crystal with Thundaga

The 4 black crystal spire can be destroyed by attacking them. Using Thundaga when it first spawns will allow you to damage Ansem while destroying all spires at the same time. However, if in case the spire was used to surround you, it is easier to block.

Close The Gap With Flowmotion

As Ansem usually stays away from your melee range, get in close and deep by using Flowmotion. Target him when the time is right and zoom in to deliver a beatdown!

Dark Spikes appear above Ansem, coming in in two waves with 4 spikes dealing the initial blow, followed by 2 more. These spikes zoom and can curve just to follow the player's position. You can use guard to protect yourself from these projectiles.

Ansem surrounds himself with orbs that fire lasers, interlocking and giving him protection from outside threats. The shield will damage Sora if it comes in contact with him. Ansem is invulnerable while doing this move.

A ball of darkness heads to Sora's position, pushing him away and dealing damage.

Ansem transforms the arena into an endless void, also summoning two void orbs to assist him. This segment turns into a bullet hell, requiring the player to constantly dodge the flurry of projectiles summoned by Ansem and his orbs.