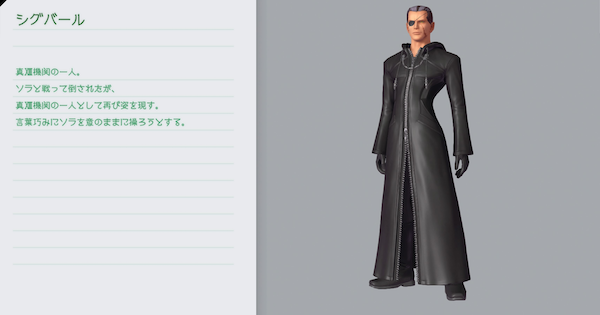 How To Beat Data Xigbar

Ricochet Bullets Back At Xigbar

You can angle your blocks in a way that the bullets Xigbar fire will ricochet back to him. This is one of the stable ways of doing damage to him when he's at a distance.

If you deflect enough bullets back to Xigbar, this will initiate the situation command "Showdown". If you win this QTE, you'll get an opening to attack Xigbar.

Xigbar's attacks are relentless & you can easily be caught in a barrage of bullets if you're not careful. Make sure to have a healing ability handy such as Curaga or a Kupo Coin to give you a 2nd chance in battle.

Win Showdown To Get Opening

The Showdown will have Xigbar and Sora facing each other. As soon as he moves, press the button prompt to stagger him. This is a big opening for you to attack!

Xigbar shoots from both of his weapons. The barrage of bullets can be blocked to ricochet back at him.

This white projectile will bounce off the air to attack you from different angles. Even if you block it, it will not directly hit Xigbar.

When Xigbar pulls back for a few seconds, he'll shoot a field of arrows that will stay in the area around you. These will shoot you down after a few seconds, so keep your guard up!

Guard After Xigbar Shoots Up

This attack will gradually cover the whole area. Xigbar will shoot an arrow into the air that will summon a continuous barrage of arrows that will spread through the arena. Roll towards the inside or block it.

When Xigbar's health falls low, he'll deal more damage with a fatal barrage attack. He'll make the area smaller and shoot you with a variety of missiles. You can dodge the initial barrages but ultimately, you'll have a hard time evading or guarding so keep your health up!

"This white projectile will bounce off the air to attack you from different angles. Even if you block it, it will not directly hit Xigbar." Incorrect. After 3 blocks it will be deflected back to him.

These guides are incredibly lacking