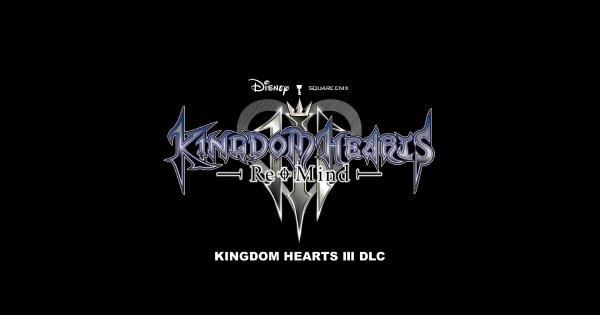 Welcome to the Kingdom Hearts 3 ReMind DLC wiki Guide! Find all you need to know about the story walkthrough, limit cut boss tips, treasure chest location and more on KH3 Re Mind!

Xion (Data Battle) - How To Beat

Hero's Origin - Keyblade Stats & How To Get

Ultima Weapon Guide - How to Get & Stats

First seen on the Playstation State of Play on December 2019, the DLC was announced for launch on January 23, 2020 for the PS4!

Learn What You Should Do Before Playing the DLC

If you are looking for walkthroughs & guides for the original Kingdom Hearts 3, click the link below! Find out more about the base game's story walkthrough, boss guides, and more!

Things To Do Before Playing ReMind

How to Unlock the Secret Boss

What is Kingdom Hearts 3 ReMind?

Play And Fight As Kairi

Characters from the Final Fantasy series such as Aerith, Yuffie, & Leon have returned to help out Riku search for Sora.

Face Off Against Organization XIII

Sora is once again facing off against the different members of Organization XIII.

At the end of the trailer, Sora meets a mysterious stranger cloaked in the darkness. The silhouette & the small details show that it's Yozora, the video game character from Verum Rex in the Toy Story world.

Tap Here to Learn About New Features in ReMind

"Re Mind" DLC continues the story shortly after the events of Kingdom Hearts 3. As Sora attempts to rescue Kairi, once again.

Upon beating the ReMind story, you will unlock the Limitcut Episodes, along with the return of the Organization XIII in their most powerful state. Beware, these bosses uses entirely new combat tactics and style, & will be one of the toughest challenge yet!

Secret Episode and a mysterious boss will be revealed upon completing the entirety of the Limitcut Episodes. Be ready to witness your toughest fight in the game, & its climactic secret endings!

Tap Here to Learn How to Unlock Secret Episode & Boss

You will have access to a ton of new features along with a new battle-filled adventure! These new features are the Data Greeting, Slide Show, and Premium Menu!

This DLC will come in two versions. The first version contains the items listed below, while the second version additionally comes with bonus footage from the Kingdom Hearts concert in Osaka, Japan!

Continues The Story After the Events of Kingdom Hearts 3

The other tale that unfolded during the climax of KINGDOM HEARTS III. Determined to rescue Kairi, Sora travels to the Keyblade Graveyard a short time before the final battle was to take place. Lacking a corporeal form, he traces the hearts of the seven guardians of light. Through experiencing their personal battles firsthand, Sora is about to discover truths that he has never before imagined.