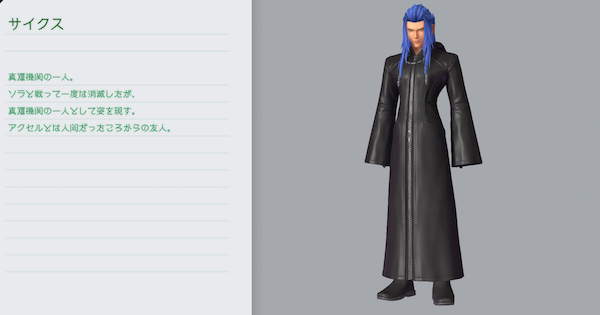 How To Beat Data Saix (Video)

How To Beat Data Saix

His triple shockwave attack & weapon throws are unblockable. Be sure to evade these attacks.

Ready Your X Button After Guarding the Swing Attack

By blocking his swing attack, you will be able to open him up to a combo from his back by doing the QTE. Keep your finger ready on the X button immediately after blocking.

Saix has a Berserk Mode, powering up his attacks and making him more aggressive in pursuing & attacking the player. Take note of the upper right Berserk bar during your fight so you can prepare when he goes berserk!

Halt the Charge with Blizzaga

Saix's berserk charge will boost his meter immensely. You can halt this by casting Blizzaga on him.

Saix has 2 Berserk gauges: yellow and blue. Yellow is his base berserk mode and is refilled after he goes berserk. The blue berserk fills up the more he takes damage. Once the blue gauge reaches maximum, Saix will activate Berserk Mode.

Berserk Charges Over Time Or If Damaged

If not in berserk mode, Saix's Berserk meter gets filled over time. It also charges faster when he takes damage. On the other hand, if he gets damaged during Berserk mode, the gauge decreases.

Saix will be immobile after Berserk Mode. Use this chance to deal damaging combos and powerful strikes!

Saix lunges at the player, swinging his axe. This move is slow and can easily be dodged or countered.

Saix throws a spinning axe that tracks Sora. The axe creates an explosion once it hits the ground. Dodge left or right to evade and try to get as far away from the explosion to prevent taking damage.

Saix rolls towards the player, striking thrice. Guard and return the favor after he finishes this combo.

Saix slams his axe onto the ground, creating lines that ripple outward. He can do this attack twice or thrice in a row. Steer clear of this attack by relocating to Saix's rear or flank.

Saix conjures multiple axes, throwing one first then the rest next. You have ample time to dodge this attack.

Using multiple axes, Saix throws each one in an area, then detonates them all. While the axes take a second or two to detonate, act quickly and run away once it lands near you.

Saix teleports near Sora, slamming the ground and generating multiple ripples. Has one variation that covers all directions. Move away and slip in between the lines to dodge.

Saix moves around the battlefield, using his axes to strike the ground and his immediate area. You can fly up to evade and wait it out till he stops. But be wary as he also occasionally throws a Charged Axe.

Worst guide ever!! Justwatch a youtube video on critical.