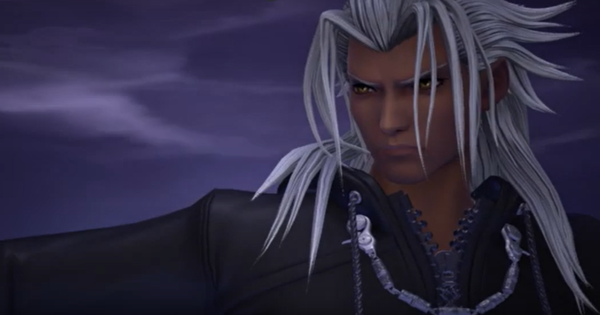 How To Beat Data Xemnas

Employ a Hit and Run Strategy

Xemnas is a very tricky enemy to deal with since he tends to zip around the stage several times. You also cannot juggle him in the air for too long as he can teleport out of your combo! It would be best to use a hit & run strategy to increase your survivability during this boss fight!

Be Patient To Land Hits

Remember to wait for momentary lapses in between his combos to get a few good hits in! This will slowly whittle away at his health. Remember to be patient as this boss will only have a few openings! Don't overextend your combo as Xemnas will punish you with high damage for being too overconfident!

At times, Xemnas will teleport around the stage creating walls. He will not attack you while making these. Focus on destroying them as soon as possible as they will damage you if you come into contact with them.

Xemnas' black vine attacks are unblockable. Although the attack will not deal direct damage, it can easily open you up for follow up attacks. Focus on evading these vines!

When he shoots his barrage of projectiles, remember that the blue bullets are unblockable. You will be open for multiple hits upon being hit by the blue shot.

You can Guard Counter his spinning jumping attacks into a combo. Keep your eyes open for this attack for potential damage output.

Guard Against His Combos

Several of Xemnas' attacks will come from different directions & his movements are very erratic. It is recommended to lock onto him & keep up your guard until he shows a small window of opportunity for you to counter.

Make sure to use Heal whenever you can. Xemnas' combos can take out a huge portion of your HP. If you ever start to become low on health, remember to use Heal after blocking or evading a combo in order to restore health and increase survivability!

It would also be useful to have a Kupo Coin in your inventory just in case. This item will immediately revive you should you fall in battle, giving you another shot at bringing down this boss!

Xemnas will rush at you and deal damage using a flurry of attacks. This combo can send you flying up in the air. He will then end the combo by summoning white orbs or teleporting away. Be on guard and wait for him to end the combo before attacking.

The boss will summon some white orbs that will produce lightning bolts. If hit, the bolts will drag you to a random location, leaving you vulnerable for a few seconds. These black vines need to be dodged.

Follows Up With Red Orbs

Sometimes, Xemnas will also create red orbs after summoning white orbs. These red orbs will hurl projectiles at you, further damaging you. Since these projectiles will be coming from several different directions, it is advised to block them to avoid getting hit!

Xemnas will create white walls which will stay on the battlefield indefinitely. These walls will deal additional damage to you if a lightning bolt drags you towards it. This is why it would be best to destroy these walls as soon as they appear.

Xemnas will also be able to transform the stage during the fight. The stage transformation will allow him to summon multiple lightning strikes and red orbs. It would be best to focus on dodging and guarding as these attacks hit extremely hard!

Covers the Stage In Red Orbs

When the red orbs appear around the stage, it would be best to start guarding. Several of these red orbs will start to home in on your location, and the barrage can last for more than a few seconds! Keep your guard up to avoid taking too much damage from these orbs!