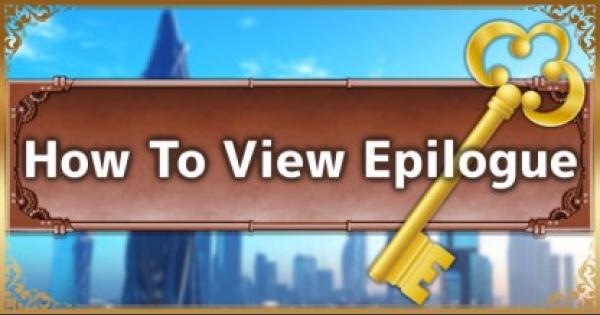 Check this Kingdom Hearts 3 (KH3) guide on how to view the Epilogue video, including how to download and checking your game's version history.

To download the Secret Ending, you need to update the Kingdom Hearts game into Version 1.0.2. You'll need an internet connection to download the update and it will be available on January 30, 2019.

Make Sure To Restart Application

Once you're able to download the update, don't forget to restart the Kingdom Hearts 3 application! You need to close it and then open it only once the download has been completed.

How To Check Game Version

You can check your game's version by going back to your console's main menu, then highlighting the Kingdom Hearts 3 game, press your "Options" button on the controller, then check your "Update History".

From the game's loading screen, you'll see the "Theater" option if you've downloaded the update correctly

Xigbar Turns Out To Be Luxu

Nostalgia On Being Called Luxu

Xigbar mentions the feeling of nostalgia after being called Luxu - promptly confirming the fact that he is one of the Master of Masters' six disciples.

Ava Does Not Appear

When the disciples meet, it is noted that Ava has not appeared alongside them. It seems that she has already known of Xigbar (Luxu)'s role and has "fulfilled her role", that is why she is not present.

Xigbar (Luxu) tells the 4 other disciples that his role has been fulfilled. Though he does not mention what his role specifically is.

The video moves to another scene, focusing on a young Xehanort & young Eraqus's new chess game. It can be noted that the chess pieces have significant symbols on them.

As the video zooms into the chess pieces of Xehanort, it shows the symbols of the masks his disciples wear. This can mean that Eraqus's pieces represent Sora and his friends. The battle for the balance of light & dark continues.