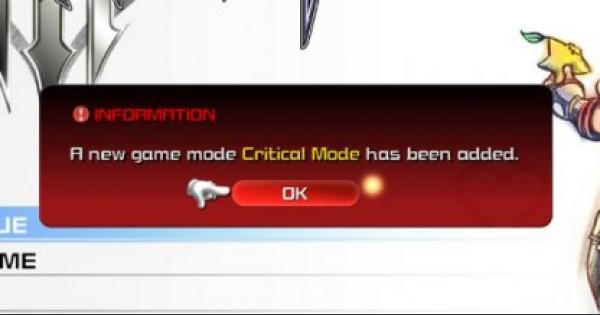 Update To Be Released on April 23rd

According to the official Twitter of Kingdom Hearts 3, the hardest difficulty level in the game called "Critical Mode" will be released on April 23, 2019.

Greetings, it’s been a while since I last posted. Spring is here, & I hope everyone is doing well. #KingdomHearts III's long-awaited Critical Mode is available as a free update tomorrow (PT).

We’ve changed things up from the previous games, so I hope you enjoy - Nomura pic.twitter.com/Npz8FeKmCK

What is Critical Mode?

Critical Mode is a Kingdom Hearts 3 game difficulty that is much harder than "Proud Mode." This was first introduced in Kingdom Hearts: Birth by Sleep, then added to succeeding titles in the franchise.

In the previous KH games, Critical Mode has players deal less damage to foes, with enemies hitting harder & inflicting more damage. This makes it harder to go through the game and boss fights become more challenging.

Check Out How Tips To Win In Combat!

In KH3's Critical Mode, you're given access to a lot of abilities when you start the game. But you're given 3 extra "Critical" abilities to start off with. These help deal more damage or fill command gauges quicker.