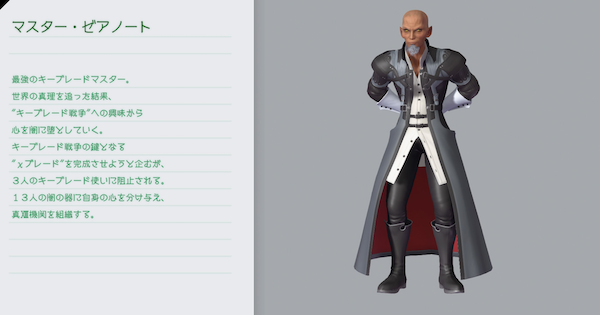 How To Beat Data Master Xehanort

The Ultimate Test Of Skill

Master Xehanort combines the moves and abilities of the previous bosses. He uses them relentlessly to summon lasers and projectiles that follows your every move.

Master Xehanort can reduce your full HP, making it impossible to heal up during intense moments. He can also use moves that can freeze you, immobilizing you & making you vulnerable to stronger attacks.

The stream of beams shot from the blade is an unblockable attack. Make sure to evade this to prevent taking damage!

The shockwaves shot from the sword will explode after shot. The shockwave itself can be blocked, explosion can't. Try evading as much as possible.

A lot of Master Xehanort's attacks go through guard, making it dangerous to just stand around. Move around, use roll, and dodge his attacks!

Master Xehanort hurls a ball of ice, exploding and freezing those caught within its radius of effect.

Master Xehanort summons two objects that fire multiple lasers across the field, interlocking and making a web. He can sometimes do this attack continuously. Occasionally also fires dark orbs that homes in on Sora's location.

This move restricts the player's movements by blocking available exit points. Master Xehanort follows up with a devastating laser attack after this one.

Master Xehanort transforms the battlefield, then summons pillars of light that move in a circular manner, damaging those that get caught in its path. Stay away from the middle and wait for the attack to finish as rushing in during this attack can be very dangerous.

Master Xehanort launches a spiked ball that rolls towards the player's position.

Master Xehanort summons multiple laser cannons out of thin air. These appear one after another firing their violet rays towards the player. Evade the attack by dodging once the cannon appears.

Master Xehanort makes use of multiple copies of himself, dashing out and striking the player.

Master Xehanort jumps out of a portal, attacking the player with his whip.

Duing the laser cannon volley, xehanort floats in the middle of the ring. He only does this during the 5 cannon volley, so stay close and attack right after dodging the 5th - or after the 4th if you can time the attack just right to dodge the laser. 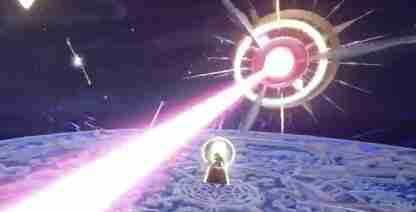 During the ice-fire combo, he will shout "X-BLADE" (keyblade). If you run towards him a bit, you can deflect his blade before the ice hits and attack him.
-The Jestful Imp 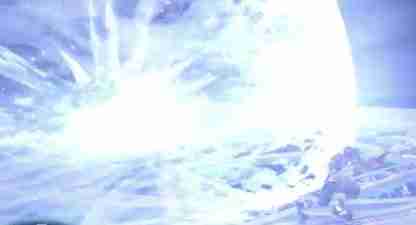 Please actually cite ways to counter the attacks you named instead of just describing them. Otherwise, it's not very useful just to know, if we can't know how to avoid them.