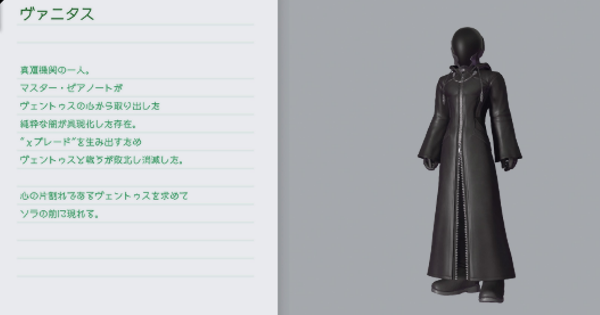 How To Beat Data Vanitas

Attack When Varitas Is Not In His Moves

Varitas often disappears, warps and change his form & it's connected to his moves. Timings between his moves are the chances you can deal damage to him.

When To Use Guard

When Vanitas disappears, he then connects it to attack moves. When you see the above image, get ready to guard.

Vanitas uses a ranged slash wave move. When it happens, make sure to guard and avoid getting hit.

Vanitas will occasionally use ranged fireballs. You can block the attack by using the guard ability.

When To Use Dodge

When Vanitas is riding the wave of Keyblades, he'll send out ice missiles. You won't be able to Guard so be sure to dodge. If you don't, you'll be turned into ice & you'll be very vulnerable to his next attack.

Before this attack happens, Vanitas dissappears. You can just simply guard this attack.

Before Vanitas is in this move, he becomes in a shape of circle & move on the ground. You can just simply guard this attack.

Even When Vanitas is a bit far from you, be care of the ranged slash attacks. You can use guard to block the attack damage.

Use Guard to block the damage from Ranged Fireball move.

Vanitas will send out a volley of ice missiles when he's riding the Keyblade wave. Be sure to dodge to avoid getting frozen & get heavy damage from the next attack.

When the fight gets prolonged, Vanitas will ride his Keyblade wave again and send shadows to hit you in very painful combos. Dodge to avoid them.