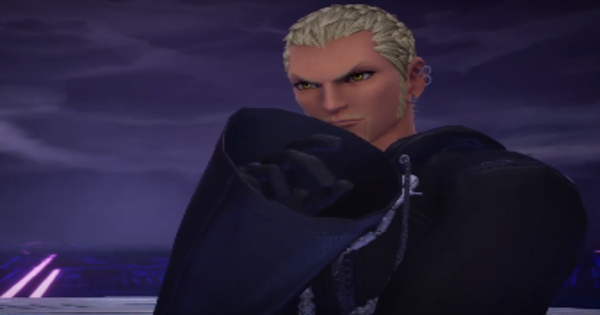 How To Beat Data Luxord

Lose Your Time Gauge If Attacks Hit You

The mechanics of this battle depends on the Time Gauge system which replaces standard HP - whomever's gauge that's depleted loses. Unlike most battles, Luxord gains time gauge (heals) if his attack hits, so don't try to brute-attack him.

This battle is designed with a clear evade/attack phase in mind, and players trying to rush Luxord will be penalized by the Time Gauge system. Focus on defense and avoiding damage when Luxord is actively attacking.

In order to expose Luxord to your attacks, you must get past his card game first. Get behind & hit the cards with the correct symbol to avoid taking damage. After successfully playing the card game, the fight will move to the next phase.

After Luxord's time gauge gets lower than 50, he will have a new defense phase with circling cards. Hit the cards that has Luxord Symbol to get through this phase.

Defend Immediately If You Hit The Wrong Cards

Hitting the wrong cards will cause the cards to fly toward you as an attack. Defend immediately to prevent damage.

Luxord will throw a number of cards from range. Blocking them is your best defense.

Send out 3 card salvos that will try to slam you in. Dash & roll forward when the cards start moving toward each other.

Cards will get beneath you & erupt, dealing damage. Roll away when the white flashing cards get precisely underneath you.

This did not help at all, dont read