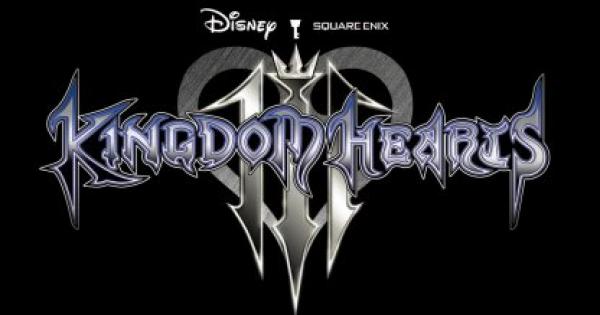 Curious about the latest news and updates for Kingdom Hearts 3 (KH3) ? Read on for more information on game trailers, announcements, collaborations & more.

The KH3 ReMind DLC officially has a launch date: January 23, 2020. This was announced during a Playstation State of Play video which also showcased new story content and gameplay.

In an official Kingdom Hearts 3 tweet, the Critical Mode update will be available for players on April 23. No details on specific time have been revealed.

Greetings, it’s been a while since I last posted. Spring is here, and I hope everyone is doing well. #KingdomHearts III's long-awaited Critical Mode is available as a free update tomorrow (PT).

We’ve changed things up from the previous games, so I hope you enjoy - Nomura pic.twitter.com/Npz8FeKmCK

Kingdom Hearts 3 will have free game updates as soon as it's launched! This will include bug fixes and in-game video content under "Memory Archives"

On December 17, 2018, the Kingdom Hearts 3 Final Battle video was launched. Sora and the gang are now at the end of their journey, ready to finish the fight between light & darkness.

Utada Hikaru and Skrillex have announced that they are working together to create the theme song of Kingdom Hearts 3. The song is named " Face My Fears" & will be released on January 18, 2019.

During Tokyo Game Show, Square Enix shared a more in-depth trailer of one of the newest worlds in Kingdom Hearts 3 - San Fransokyo.

Watch The Big Hero 6 Trailer Below:

A new PS4 exclusive pre-order bundle called the All-In-One Package has been announced. For USD 99.99, you'll receive access to the previous games plus digital bonuses.

Purchasing the All-In-One package will give its buyers instant access to all of Kingdom Hearts's previous titles, remastered for the PS4.

Those who purchase the All-In-One package will instantly receive the PS4 exclusive theme and an exclusive PS4 Keyblade once the game launches.

Pre-orders of the different editions & bundles of Kingdom Hearts 3 have been announced! You can purchase the standard, deluxe, or deluxe bundle editions!

Check Out Which Edition You Should Buy

During E3 2018, Square Enix revealed new trailers for Kingdom Hearts 3, including new worlds such as Frozen & Pirates of the Caribbean, new gameplay footage, and more!

In Kingdom Hearts 3, Sora and the gang will be able to explore the frozen world of Arendelle and meet Anna, Elsa, Olaf, Kristoff, and Sven!

Pirates of the Caribbean Trailer

Sora, Donald, and Goofy will take up the pirate code & sail the high seas with Capt. Jack Sparrow and the gang in the Pirates of the Caribbean world!

Check Out Pirates of the Caribbean E3 2018 Trailer:

KINGDOM HEARTS III will be releasing on Xbox One and Playstation 4 on January 29, 2019! #KingdomHearts #KH3 pic.twitter.com/vpcpxbkreX

The official Kingdom Hearts Twitter page announced the long-awaited release date of Kingdom Hearts 3. The game will drop on January 29, 2019 for the Playstation 4 & XBox One.