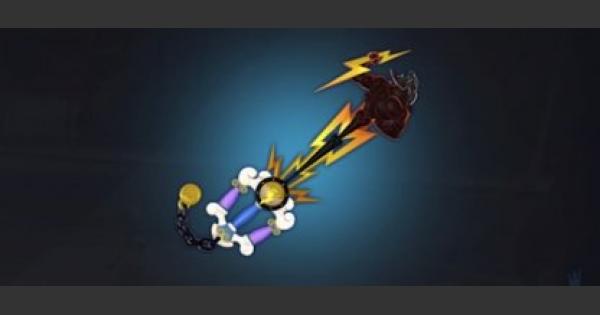 Kingdom Hearts 3 | KH3
Hero's Origin - Keyblade Stats & How To Get

Check out the weapon review & stats of the Keyblade "Hero's Origin" in Kingdom Hearts 3 (KH3). Base stats, abilities, how to get, and Strength / Magic post-upgrade can be found.

Keyblade which leans towards physical attacks. Since you will be more dependent on your physical attacks early in the game, this Keyblade will be a useful weapon up to the mid game. However, this Keyblade loses its effectiveness later on in the story. Unless, you are a diehard Hercules fan, it would be advised to swap for another weapon.

The Keyblade transforms into a shield by using the Form Change. In this form, the Keyblade will perform series of wide range attacks, perfect for dealing with multiple mob enemies early on in the game.

How To Get the Hero's Origin

You will acquire the Hero's Origin Keyblade after completing the "Olympus" story.

Check Out The Olympus Walkthrough Here