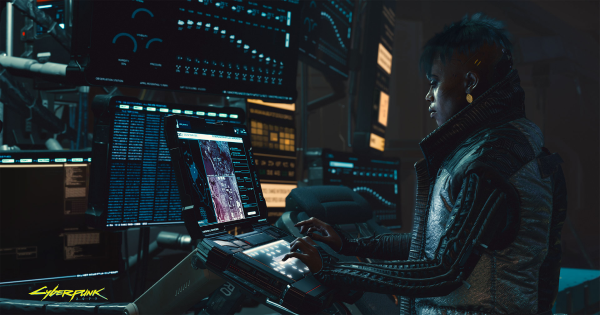 Read this Cyberpunk 2077 guide to learn more about the latest news and updates! Find out the latest info on announcements, gameplay details, release and pre-release information, and more!

A new patch will arrive within a week to fix a few major bugs & glitches that's present in the game. it is estimated to arrive within 7 days as a major update.

Major updates will arrive on January & February to hammer out the rest of the bugs & glitches, and expected to be quite large. Though the monthly update will mostly concern bug & glitch fixes,

For PS4, XBOX One console players that are unsatisfactory with the game's performance, CD Project Red is offering a full refund up until Dec. 21. Affected players should contact the locations of their purchase or helpmerefund@cdprojectred.com if it's not possible.

The latest update 1.04 brings with it fixes for the game's quests and some QOL improvements. It mainly addresses a lot of issues currently plaguing the game's major quests and progression. Update 1.04 also introduces several technical improvements for the consoles (Playstation, Xbox) and the PC.

In the latest trailer for Cyberpunk, we see V being edged on by a character to amp their power to take over Night City. It's a pretty short traile, but it shows a different side of Night City. Which one? The luxurious one.

CD Projekt Red has announced across their social media platforms that they will be pushing back the release of Cyberpunk by 21 days. This puts the date of release to December 10, 2020.

Cyberpunk Edgerunners is a standalone anime series set in the Cyberpunk universe that follows its own story and its own characters. It'll be animated by Studio Trigger and set to release in Netflix in 2022.

Check Out The Cyberpunk Edgerunners Anime

Mixing together purples and yellows to follow the Cyberpunk's main color scheme, the x9000l4 Boost has a hefty sole with the words CYBER & PUNK plastered over it.

Players will be happy to know that Cyberpunk 2077 will be compatible with upcoming next-gen consoles. This means that your PS4 copy of Cyberpunk can be played on the PS5 and so on!

At a later date, an updated version will be made available to further utilize the hardware of next-gen consoles! This version of Cyberpunk 2077 will be made free for all owners of the game when it releases!

Cyberpunk 2077's official twitter announced the GeForce RTX 2080Ti Cyberpunk 2077 Edition. Unfortunately, the card isn't for sale but you have a chance to win by joining the campaign. Read the instruction on the campaign website and participate on social media!