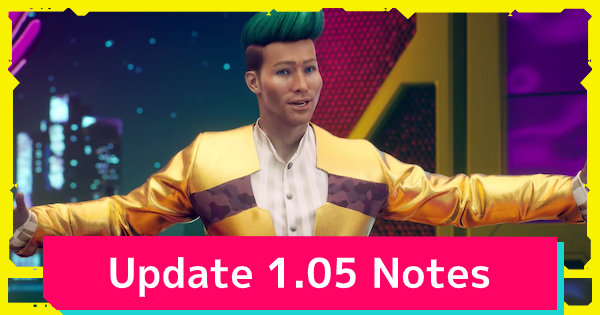 Check out the latest Update 1.05 patch notes and change logs for Cyberpunk 2077. Get to know the gameplay improvements, bug and crash fixes introduced by Patch (Hotfix) 1.05!

Yhe 1.05 Update Hotfix further addresses known issues in the game, including quest and QOL improvements. This is now live across all platforms!