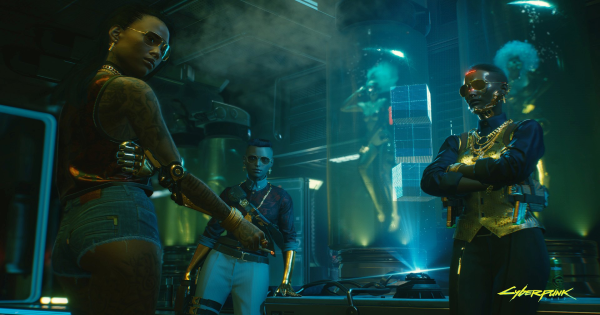 Read this Cyberpunk 2077 guide to learn more about the all characters list! Find out about the characters, backstories, and more.

V is the protagonist of the game, and will be controlled by the player. You will be a mercenary who starts their journey into becoming an Urban Legend in Night City.

Silverhand is a the Rockerboy who used his band, Samurai's music to inspire others to stand up and fight against oppression. Presumed to be long dead, he starts appearing in front of the character to guide them around Night City.

The creator of the Soulkiller Virus and Johnny Silverhand's girlfriend. She was kidnapped by Arasaka and forced to create a weaponized version of the virus. Her plan to escape was disrupted and thanks to an accident, her consciousness now floats in isolation around the net.

The man who spearheaded the project to construct Coronado City, now known as Night City. He received major backing from large corporations such as Arasaka, who in turn received key areas in the city for development. Night was killed in his home, and the city was renamed in his honor.

The leader of the Arasaka corporation, his goal is to elevate Japan back to its former glory as a global superpower. He does this by bringing assets such as the Japanese government, military, and lesser corporations under his control.

Mama Brigitte is the leader of the Voodoo Boys. She's an exceptional Netrunner that uses her skills to gain the advantage when dealing with other people on the web. Not much else is known about her at the moment.

The Voodoo Boys' second-in-command. Based on the few trailers and previews that we have seen, it seems as is V & Placide do not take too kindly to each other.

Sasquatch is the leader of one of the other gangs: the Animals. We encounter her during one of the trailers. The gang she spearheads is known for using a drug called "The Juice" to enhance their abilities.

Check back soon to find out more characters in the game!

NPCs are non-playable characters that you meet while exploring Night City. These characters may contain backstories and belong to different factions. So you may need to tread lightly when dealing with multiple characters at a time.

Interact With Them To Acquire Quests

Interacting with some of these characters may give you quests that you can complete for rewards. Keep in mind that these quests may affect your relationship with that character.