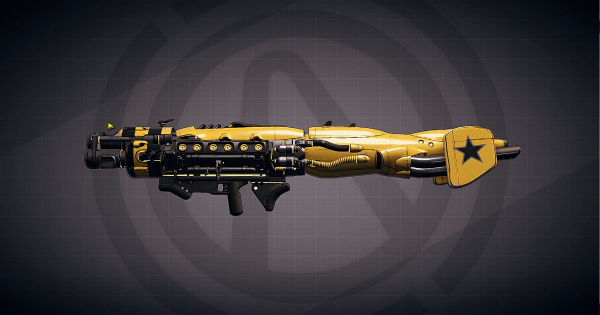 The Stuffed Quadomizer is a legendary Rocket Launcher with high splash damage capabilities due to Torgue manufacturing the weapon. It will shoot out several elemental balls that deal heavy splash damage on contact.

The Stuffed Quadomizer will randomly change its elemental damage. Other than radiation, it can also deal corrosive and incendiary damage!

How To Get Stuffed Quadomizer

How To Get Stuffed Quadomizer Farming Method

1. Rampager Only Enemy In Forgotten Basilica

Once you reach the Forgotten Basilica, you only need to walk a few steps to get to the Rampager's location. There will be no other enemies present in the area. This way you can restock and recharge your health before facing the monster!

The Rampager fight will have 3 stages. The Boss will add more attacks to its moveset as the fight goes on. You may need to restrategize your approach when the fight transitions to the later stages.

Check Out How To Beat Rampager Here!

Do Not Shoot When Transitioning To Next Phase

Make sure to stop shooting the Rampager when it starts to charge up. This is its transition to the next phase of the fight. It will be immune to all sorts of damage, and shooting at it will only waste your bullets.

Wraiths Will Appear During Fight

Wraiths will start to appear during different moments in the fight. They can be a nuisance as they will constantly chase and try to damage you. However, you can use these enemies to gain second wind if you're downed.

Remember To Replenish Ammo Before Fighting

The Rampager will only have 1 red health bar. However, it can take massive amounts of damage during the fight. If you are planning on taking it out, remember to restock your ammos at the Marcus Munitions Vendo right outside the arena!