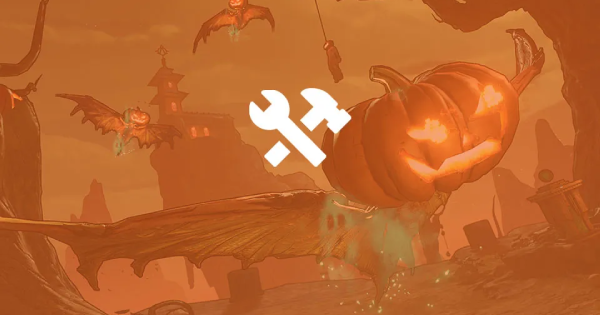 Read this Borderlands 3 guide to learn more about the latest news and info regarding the October 31 hot fix patch notes. Including Vault Hunter changes and more!!!

This hotfixes' changes are mostly based on that of patching up potential bugs that may halt game progression, and minor quality-of-life fixes.

The unique alien E-Tech variant of the Tediore shotguns have been confirmed that the stats were set to a wrong amount, and has been buffed by +50% damage across the board.

More Haunted Enemies Only During Halloween!

The haunted enemies roaming during the Bloody Harvest event received a substantial spawn rate buff, only during October 31st, the night of Halloween. Use this chance to get hold of the Haunted loots before they go away!

As the end of the anniversary event nears, the Anointed Loot drop will get even more of a boost to help you gear up for the upcoming adventure!

Check Out the Best Farming Location

Marking Gears Favorite / Trash on PS4 To Be Fixed

As of the previous update, certain players on PS4 had an issue where they were not able to mark their gears with favorite or trash marks.This issue has been addressed and will be fixed in the next patch

Option to Turn Off Guardian Rank

The player's request to add an option to turn off Guardian Rank has been addressed. Gearbox will be looking into this matter and how it can be achieved, more info will follow in the upcoming announcements.