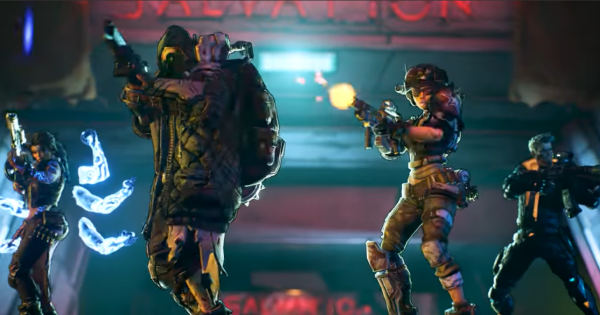 A new Borderlands game means a whole new cast of Vault Hunters to choose from! Play as either a siren, a gunner, a beastmaster, or an operative. The choice is yours!

Unleash a Variety of New Skills

These Vault Hunters come with some expressive new skills that can bring down enemies. Some of these skills are unheard of before, giving players a whole new combat experience.

What's most different with the skill system now is the introduction of more than 1 Action Skill. Players can choose from 3 Action Skills to use & work their builds according to it.

Characters now have the ability to slide on the floor to get from one point to the other or climb across obstacles. This is extremely helpful when rushing behind cover or when you need to close the distance!

No need to fret about loot because players can now choose to have instanced loot! Instanced loot is when the game gives each player their own rewards and loot that only they can access. No more loot ninjas!

Can Switch to Classic Mode

If you want the classic Borderlands experience, you can also opt to go Classic Mode where loot is shared. This will also affect level scaling!

Borderlands 3 takes the fight beyond Pandora. Players can now travel between worlds where they can explore, progress the story, and fight new enemies! Fast travel is also an option to travel fast!

Weapon Manufacturers have completely overhauled their weapons with new features tailormade for them. An example of this are Tediore Guns now sprouting legs instead of just exploding like a grenade when reloaded.

Weapons can now be switched between firing modes, changing the way its shoots, its bullets, and even its element! This is unique to each weapon type and manufacturer.

Lasers and Cryo have been added to the mix of elemental and weapon types. However, this comes at the removal of the Slag that was a big part of Borderlands 2.

A first in the series, Weapon Skins will now change the way every weapon you use look in the game. These have been featured as purchase bonuses, but there's no telling if you can earn them in game.

Home to the infamous Atlas Corporation, Promethea is an urban planet ravaged by war after a recent attack by Maliwan, another weapons manufacturer. It is where former Vault Hunter Rhys resides.

Basically a swampland for a planet, Eden-6 is a dangerous place with dangers lurking within its luscious green scenery. This is were the Jakobs clan hails from.

The planet where Vault Hunter Maya was raised. It is primarily abandoned save from a few monks who live up the mountain. There is a mystery in the planet that remains to be discovered.