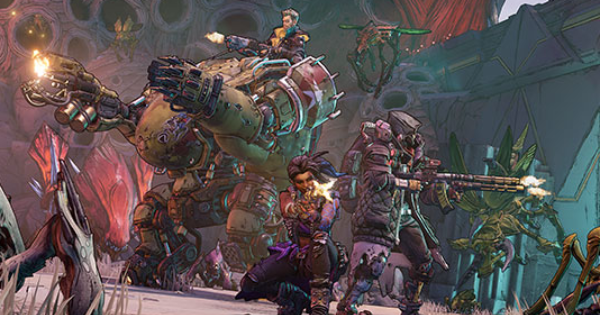 Find out everything there is to know about the Circle of Slaughter and the Proving Grounds of Borderlands 3. This includes all challenge content, how to unlock them, enemies, rewards, and more!!!

Test out Your Skills in Challenge Gauntlets

Looking for a challenge? Prove your skills as a Vault Hunter by taking on Borderlands 3's Challenge Gauntlets. Each Arena comes with their own set of difficulty and enemies for you to conquer.

Arenas come with multiple rounds that increases in difficulty. They are level locked, requiring players to go through each round first to get to the highest one. The higher the level, the tougher the enemies will be.

Restarts Round when You Die

Dying in an Arena will remove all of your earnings and restart your progress for that round. Wiping out doesn't take you back to Level 1 of the difficulty.

Great Loot Awaits at the End

Conquering an Arena will reward you with great loot! This includes XP, Money, and some pretty sweet Guns and equipment.

The Proving Grounds is a new Arena Gauntlet introduced in Borderlands 3 that's completely different from all previous ones. This gauntlet has a set limit that will require efficiency and skill.

Winning a round in the proving grounds will require players to not only defeat all enemies and its final boss, but also do it within a set time. The faster you complete a round, the better the rewards will be.

There are bonus objectives you can complete in the Proving Grounds to get even more rewards. These can include beating it without dying once or defeating the Fallen Guardian.

Unlocked by Going Through the Story

The Proving Grounds can be unlocked by progressing through the story. It won't immediately be available to play upon starting the game.

New! Participate In A New Event

Starting April 16 to April 23, players will be able to earn much more from participating in the Circle of Slaughter! The number of dedicated loot drops has increased for bosses, so if you're farming for legendaries, this is the lace to be!

Battle Against Waves of Enemies

From bandits, robots, and beasts, Vault Hunters must survive against multiple waves of enemies with each round. Be careful as the higher difficulties will pit you against some Badass enemies in the mix.

Multiple Arenas with Own Set of Enemies

Similar to the Proving Grounds, the Circle of Slaughter has bonus objectives per round that players can do. Completing them will increase you payout as long as you survive till the end of the round.

Lol considering this as any kind of guide is an insult. You lazy fucks.