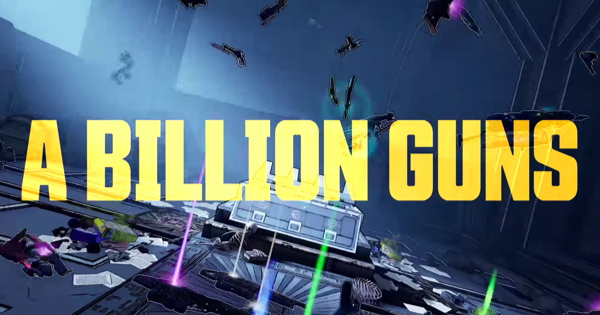 Read this Borderlands 3 guide to know more about the different weapon types in the game! Know which weapon fits your playstyle and in which situations you should use them!!!

Learn All You Need to Know to Start BL3 Here

Handguns in Borderlands 3 are split into two categories: pistols, and revolvers. Revolvers can easily land critical hits and have high damage, but suffer from a low Magazine Size. On the other hand, pistols carry decent ammo capacity in exchange for reduced damage.

Shotguns are the king of close range combat and are arguably the best weapons to have when you want to clear a confined room or hit a fast moving target. This effect, however, are usually less effective for targets that are further away.

Assault rifles are the "jack-of-all-trades" in Borderlands 3, capable of dealing constant damage in most distances and situations. These guns act very differently between gun brands, spanning from high rate of fire or semi auto hard hitting shot.

Submachine Guns are the champions when it comes to fire rates. Although they deal low damage per bullet, Submachine guns imbued with elements can hose down both enemies and bosses alike! Just remember to keep a steady eye on your ammo count.

When you need to finish something from afar, pick a Sniper Rifle. The large open areas of Borderlands 3 provide a good opportunity to use these weapons, allowing you to scout and whittle the enemies' numbers without taking a hit.

Although they can deal a massive amount of damage per round, Heavy Weapons' reload times are slow and they can only carry a measly amount of ammo per magazine. There is also the danger that you might get yourself killed if an enemy closes in on you, but can come in handy to use in Fight for Your Life.

Grenades play a very important part in your arsenal as they can be thrown to deal massive amounts of damage in a small area. Most grenades have multiple usages spanning from tying the enemy down on a certain point to sapping their health for your own.