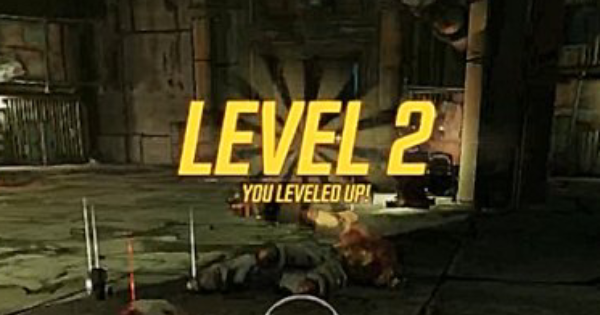 Borderlands 3 | BL3
How to Level Up Fast

Find out the best ways to level up quickly Borderlands 3 with this guide! This includes locations to XP farm, leveling up tips, recommendations, and more!!!

Best Ways to Farm XP in Early to Mid Game

With multiple waves of enemies within 5 rounds, you'll be raking in the XP in addition to the one you get from completing the gauntlet. You can get up to over 60,000 XP with a single run in the Circle of Slaughter Arenas.

. Check Out the Challenge Arenas Here

Get XP from Completing Additional Objectives

There are optional objectives in every round of the Circle of Slaughter. Completing them will reward you with XP on top of the ones you get from beating enemies.

Can be Done in Middle of the Story

You don't need to complete the main story to unlock the Circle of Slaughter multiplayer arenas. You can head on over to your social & matchmake for the round even when in the middle of the story missions.

Check Out What to Do in Endgame Here

Farm Graveward with Mayhem Mode On

Graveward is the recommended boss to farm due to the large amount of XP it gives and just generally how much easier it is to beat compared to the other Vault Guardians. You can start farming it after the mission "Cold as the Grave".

Check Out Cold as the Grave Story Mission Here

The Porcelain Pipe Bomb Grenade Mod is a reward given to you during the "Raiders of the Lost Rock" side mission. Make sure to use it against the Graveward as it deals massive amounts of damage to its health!

Use Fire-Based Weapons For Heavy Damage

The HP Bar of The Graveward is red, making it vulnerable to fire attacks. Make sure to bring a strong fire weapon in this boss fight.

The Graveward has several weak spots in its body - in its head, chest, and both of its arms. It does certain moves to expose these weak spots so make sure to target them.

If you deal enough damage to The Graveward, it will drop onto the platform, exposing its biggest weak spot on its head. Use your most powerful guns and skills to do big damage to its health.

Tilts Platform So Be Careful Not To Fall

When the monster dips down, it'll move the platform and tilt it to one side. Be careful and keep jumping to avoid falling over and having to restart the boss fight from the beginning.

Don't Stand In Front Of Laser

After you drop The Graveward, it'll do a counter attack sand hit you with powerful lasers. Be sure not to stand right in front of it to avoid getting hit by the beams.

The Chupacabratch is a boss that you can find in Athenas. It is a fairly easy boss fight which you can beat in around a minute or 2. This boss will reward you with around 7k XP per fight, making it a great boss to farm levels!

How to Level Up Fast

Doing Side Quests is a necessary part of leveling up in Borderlands 3. Each Side Quest gives a good chunk of XP and will often contain combat for you to do.

Check Out the All Side Quest Mission List Here

Crew Challenges are additional challenges unique to each planet. They'll have you going around multiple locations to discover an item or defeat an enemy. Completing them give a good amount of XP.

In every region, there are Dead Drops for you to find. Collect all in a single region and you'll get a coordinate for a Secret Stash that will give you lots of XP and guns!

Although very minimal, an XP boost is still good to have. There are Artifiacts and Class Mods around that you can equip to get additional XP!

There are some bosses that can be fought multiple times! Although they won't give as much XP as they did the first time you beat them, farming them will help towards Leveling Up faster.

Watch out because some tips are outdated

Due to recent patches applied to the game the pipe bomb is not as strong as it once was. It's still a decent grenade but it won't do the m***ive damage most people believe it will do