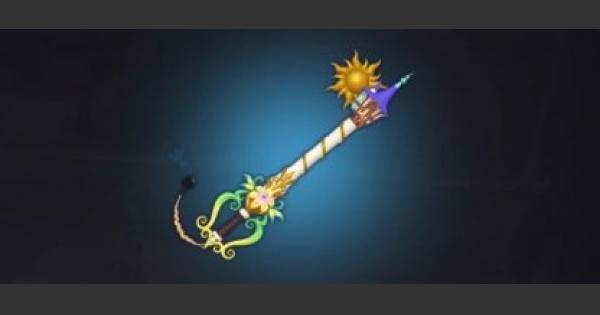 Kingdom Hearts 3 | KH3
Ever After - Keyblade Stats & How to Get

Check out the weapon review & stats of the Keyblade "Ever After" in Kingdom Hearts 3 (KH3). Base stats, abilities, how to get, and Strength / Magic post-upgrade can be found.

Ever After - Keyblade Stats

Ever After - Base Stats

Ever After - Keyblade Review

Ever After has high Magic stats, and are great Keyblade to use for player who often uses Magic attacks in their battles. You will, however, may run short on MP due to this playstyle. Try equipping Magic Combo or MP Haste Abilities when using the Ever After to compensate.

Ever After - Form Change Effect & Traits

After its Form Change, each swing of its attack will cleave a large area, and could multi-hit your target if you attack a large target. Finishing move will also be an area-of-effect attack around Sora, and are viable when used against both Mobs and Bosses. If you are a magic-enthusiast, this Keyblade will be a fine weapon of choice for your investment.

Ever After - Upgraded Stats & Required Materials

How To Get the Ever After

Complete Kingdom of Corona to Unlock

You will acquire the Ever After Keyblade after completing the "Kingdom of Corona" story.

Check Out Kingdom Of Corona - Walkthrough