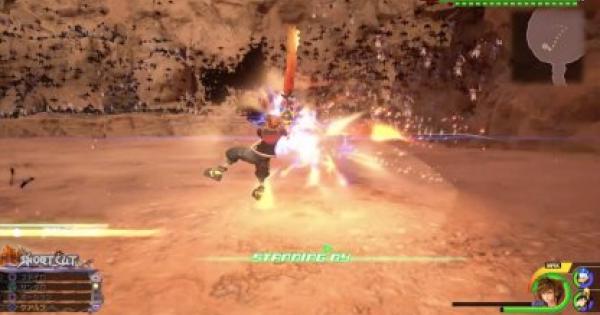 Kingdom Hearts 3 | KH3
Starlight Keyblade - How To Get & Stats

Check out the weapon review & stats of the Keyblade "Starlight" in Kingdom Hearts 3 (KH3) ReMind DLC. Including code, stats, abilities, how to get, and Strength / Magic upgrades.

A Keyblade obtainable in the later parts of the game, or alternatively by playing "Kingdom Hearts Union Cross." Although the stats are quite average, it has a powerful MP Haste ability. This ability will boost your MP recovery speed by 10% and will also stack with similar ability, and could potentially become even more powerful if used correctly. This is a great Keyblade for frequent magic / link summon users.

The Starlight's Form Change will change Sora himself into a Second Form, utilizing his move set from the previous KH2. This form change will be almost identical albeit the Sonic Blade move used by attacking in just the right timing. If you are looking for powerful Form Change attacks, it would be wise to look into other Keyblades.

How To Get Starlight Keyblade

You will acquire the Starlight Keyblade after completing the "Keyblade Graveyard" story.

Another way to get the Starlight Keyblade when starting KH3 is to complete the Ex Tres mini games on Kingdom Hearts Union Cross, the mobile game.