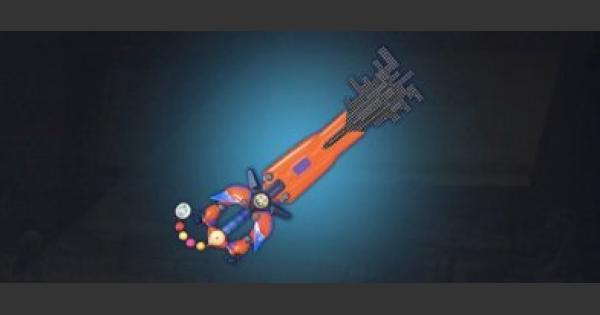 Kingdom Hearts 3 | KH3
Nano Gear - Keyblade Stats & How To Get

Check out the weapon review & stats of the Keyblade "Nano Gear" in Kingdom Hearts 3 (KH3). Base stats, abilities, how to get, & Strength / Magic post-upgrade can be found.

Keyblade with a great mix between Strength and Magic attack. This Keyblade also comes with Stun Protection ability, making it a great weapon in tough battle when fighting hard hitting enemies like bosses.

Due to the moveset multi-hitting the target, this is a great weapon to use for single-target attacks. The finisher move will create a wide vortex of attack around you, dealing more damage the closer the enemy is to the epicenter of the attack. This is especially effective when bosses closes in to avoid enemy attack while countering them with an attack of your own.

How To Get the Nano Gear

You will acquire the Nano Gear Keyblade after completing the "San Fransokyo" story.