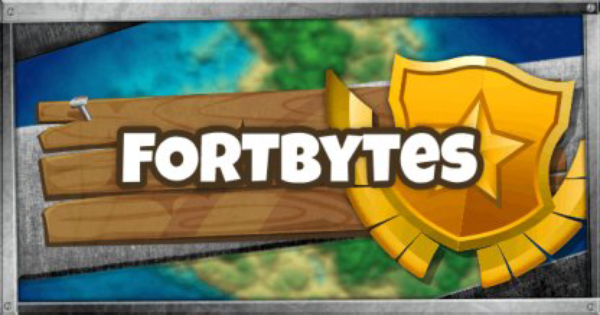 Fortbytes and their rewards are only available until the end of Season 9! Get them before they're gone.

New Fortbyte challenges will be released daily throughout Season 9! Complete them to unlock exclusive rewards, and solve the Fortbyte Mystery!

SINGULARITY - Free Fortbyte Skin & How to Get

Collect 90 Fortbyte to Get Singularity

SINGULARITY is a free skin players can get for collecting a total of 90 Fortbytes! It doesn't matter which ones you collect so long as the number would be equal to 90.

Check Out the SINGULARITY Skin Here

By July 10, a total of 90 Fortbytes can be completed to finally get SINGULARITY. The skin can still be unlocked players who couldn't meet the required number by then so long as they meet it before the end of the season!

How to Unlock Singularity Color Styles

Other than her staged styles, Singularity also has multiple color styles for players to unlock. Unlocking them will have players looking for helmets representing the styles around the map.

How to Change SINGULARITY Color Styles

Complete all the Fortbytes and you will be rewarded with the one-of-a-kind Loading Screen featuring Bunker Jonesy and the secret of the Fortbytes!

Fortbyte Rewards Only Available in Season 9

Unlike the skin challenges of the Season 9 Battle Pass Skins, the Fortbyte rewards are exclusive only to Season 9 and cannot be earned anymore after the season ends! Collect them before they're gone!

Have you collected all of your Fortbytes yet?

They leave at the end of the season so grab your rewards before it's too late! pic.twitter.com/IjVuAJnbaO

A new feature of Season 9, Fortbytes are a collection of challenges that are updated daily, exclusively available to Battle Pass owners. On Season 9 launch day, there are 18 Fortbytes available to find, with at least 1 new challenge to be added daily.

Fortbytes are unlocked daily at 13:00 UTC. Below is a time conversion table to check out the unlock times in other time zones. Fortbytes yet to be unlocked are marked as "CORRUPTED DATA".

Starting Season 9, a Fortbyte's location is revealed via a Loading Screen every other week replacing the Secret Banners of previous seasons. No need to complete weekly challenges though as that's not a requirement to getting the Fortbytes.

Check Out the All Secret Battle Star / Fortbyte List

Complete the required set of weekly challenges to gain access to Loading Screens with clues to the locations of hidden Fortbytes. Every week, new challenges are added for players to complete.

Acquire All Fortbytes To Decrypt a Secret Image

Complete all Fortbytes to unlock and reveal an image locked behind the Fortbyte panel in the Challenges tab. Make sure to collect them all before Season 9 ends!